A passage I love 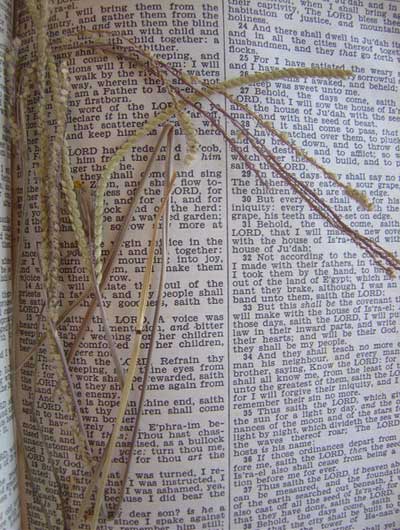 In the past weeks I have joined a sort of community of evangelical missionary bloggers whose blogs can be found at www.missionary-blogs.com. I felt that this was a wise move as I wanted to be exposed to what the evangelical community is doing as a whole in regard to mission, and be able to communicate to a broader range of missions prayers, thinkers, and doers (sic.).

Of course part of being in a community is one’s participation in that community. That being said, Jim, the coordinator of the effort has asked us to write about a Bible passage that has been particularly significant in our lives. This is part of an effort to encourage our readers with the Word. Therefore, I have decided to write about Galatians 2:20:

“I have been crucified with Christ and I no longer live, but Christ lives in me. The life I live in the body, I live by faith in the Son of God, who loved me and gave himself for me.” (NIV)

There are several reasons that I love this verse:

1. It speaks of the crucifixion, one of the central messages of the Gospel. The Son of God came to earth to die, taking our sins so that we could be acceptable to the Father. No matter how much I reflect on that concept, it never fails to move me.

2. It speaks of the newness of my life in Christ. It is no longer David Godzwa, the angry, hurt, young man, dealing with the pain of a split household and his own feelings of inadequacy who lives. That boy has died with Christ. Alive now is the man who has found his identity in knowing God and being known by Him, and the peace and security of a relationship with God has allowed me to move in forgiveness, and to live a life that seeks the good of others instead of operating from the pain of past wounds.

3. Finally, it reminds me that, although God’s love is big enough to embrace the whole world (Jn. 3:16), it is also specific enough to touch each person exactly where he or she might be. God loves me. Yes, “For God so loved the world…” but God loves me. I might be insignificant in the eyes of those around me, but God thought that I was important enough to die for.