Encouragement or a New Theology? 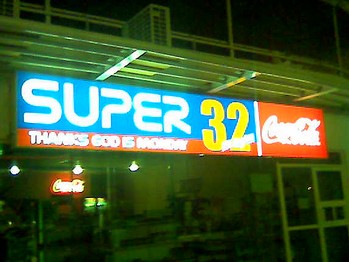 The English language is much in demand here in the Yucatán, especially with the tourism that places like Chichén Itzá attract, so we often run into students who want to practice what they’ve learned with us as we go about the city. Businesses as well like to get into the act, capitalizing on the popularity that English enjoys, and billboard and signs in English are common. Unfortunately, some businesses such as the one above use English but don’t quite understand it.

This sign in the picture says: “Super 32 Thanks God is Monday” I’m trying to decide if it’s a Monday morning encouragement or a new theology. So far we’ve not had the chance to ask the owner about it. In the meantime, what do you think? Do you have any ideas as to what they might be trying to say? Leave us a comment if you’d like to take a stab at the interpretation.