Can these buried hopes live again? 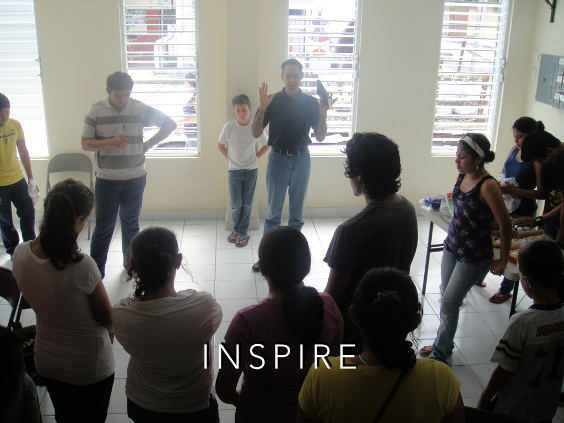 In a series of articles starting with our winter newsletter, we’ve been communicating our vision and stepping through how we see it being realized. In this update, we are covering the essential element of inspiration.

On Easter Sunday, I heard Jeff Peterson, pastor of Central Assembly, speak on the resurrection. In his sermon, he quoted the fictional character, Anne Shirley: “My life is a perfect graveyard of buried hopes.” As he mentioned it, I couldn’t help but think of the situation in which Mexico finds itself.

In the year 2000, Mexico was striding boldly into the future. It was emerging from economic crisis and, for the first time in 72 years, had elected a president from an opposition party, a sign that the corruption of the past was giving way to a modern democracy. However, with the war on drugs claiming an estimated 120,000 lives, and recent allegations linking the government to cooperation with the cartels, Mexico is seeing its hopes and dreams buried again.

Still, though the picture may look bleak, it is not beyond redemption. On the first Easter morning, Jesus and the cause He stood for had been dead for three days, His disciples were scattered and in hiding, but, when He arose, everything changed!

In his message, Pastor Jeff brought this home with Job 19:25-26, encouraging us to remember that, even in the darkest of times, our Savior lives to redeem, resurrect, and restore us.

As we return to Mexico one of our key tasks will be to inspire the non-believer to trust this resurrected Christ for their salvation and the believer to follow Him into a life of purpose. This will be our aim on a daily basis, whether we’re meeting with ministry leaders or our our next-door neighbors.

Speaking of inspiring, if you haven’t seen it already, check out the story of Joseph’s first half marathon. I guarantee it’ll be an encouragement.