January 4, 2006 in Persecution by Dave | Permalink 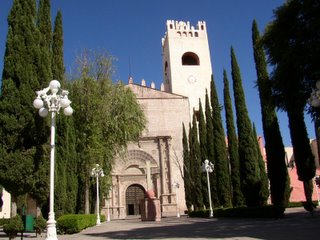 For many of us persecution is something of a misnomer. It relates to being snubbed by friends in a school lunchroom or perhaps in more serious situations being looked over for a promotion. In many areas of the world though, persecution is quite a different matter, and for Evangelical Mexicans living in the town of San Nicolas near the city of Ixmiquilpan in the Hidalgo State, it can mean the inability to practice their faith or for more than one couple, who were targeted by community leaders, to have running water.

The story run in the LA Times as well as the Miami Herald among other sources speaks of a community’s tradition, tied to religious celebrations, that is being threatened by the change wrought by personal faith in Christ, and a desire to live that out in one’s daily life. It also serves as a reminder of the words of Jesus in John 16:33: “In this world you will have trouble, but take heart, I have overcome the world,” as members of evangelical churches are being fined, deprived of basic services, and in some cases, evicted from their homes.

The sad reality is that this is not an isolated incident in an isolated town. More reports have been posted this year about persecution in Chiapas and Oaxaca as well. Further cooberating the fact that although Mexico is a country that guarantees religious freedom, interpretations of that freedom vary widely from region to region.