A Visit from the Tooth Mouse?

Having a six year-old and an eight year-old in the house means that the “Tooth Fairy” regularly comes for a visit. Now, this is not a post on whether or not talking about the Tooth Fairy, Santa Claus, or the Easter Bunny are worthy or appropriate topics for a Christian Household. I’ll save that for other more in-depth and witty bloggers like Rich Tatum. No this is about the interesting irony that we experienced here in Mexico. 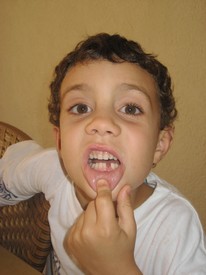 When, Joseph, our six year-old, began feeling his wiggly tooth, he started planning how he was going to spend his money that he would receive from the tooth-fairy. He told friends and church members alike about his wonderful good fortune. However, in the relaying of his news, we found that the country of Mexico is outside of the Tooth Fairy’s jurisdiction. Mexico is the territory of the Tooth Mouse!

Legend says that the Tooth Mouse, possibly created as a story for a celebration of the lost tooth of the then eight year-old Alfonso XIII of Spain, lived in an over-sized cracker box in the palace of the benevolent child-king Bubi I, protector of poor children, and friend to the mouse. This mouse, named Perez, clad in his straw hat, gold-rimmed glasses, and linen shoes, would visit the rooms of rich and poor alike depositing gifts from his red backpack in place of a lost tooth while avoiding the ever-present threat of cats. (Spanish speakers can read the tale here) 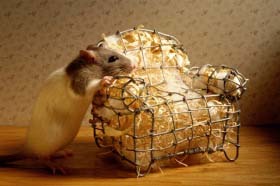 Quite a tale! Now although the Tooth Mouse in Mexico doesn’t carry the Perez name, and the fineries he once wore have vanished, his tale continues to be told and his face graces the appointment books and literature of dentists throughout the country. Some other details about the mouse have changed as well, and that is where the irony comes in.

Ever since we moved into our house, we’ve had regular visits from real mice. Yes, those cute, furry little rodents that come in from the cold in search of food and a warm place to spend the night. Of course, we don’t have the habit of leaving large cracker boxes lying around, so our mouse had taken a liking to living inside our stove. The small crevices and warmth provided from our gas oven gave it a comfortable if not traditional space to live in. 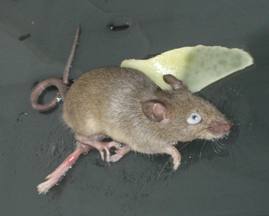 Not realizing his mission was to look for teeth, we went to war against this intruder. Our battle against him employed, not the traditional cat, but large sticky pads with cheese as bait. It seems as well, from the picture above, that although the tooth mouse could avoid the cats, he was no match for the modern technology that we employed.

Of course, we were concerned after learning of the story of the tooth mouse, thinking that perhaps we had destroyed a famous legend and source of joy for countless children. Nevertheless, when Joseph’s tooth was placed under his pillow, he found a ten peso coin, roughly the equivalent of one dollar US, in exchange the following day (The tooth mouse respects the tooth fairy’s going rate). It seems, though, as real mice have the tendency to multiply, so the tooth mouse has engendered a number of descendants in order continue his legacy and the joy that he has brought to many here in Latin America.

So watch out Tooth Fairy! As America’s population turns decidedly more Latin, you may find yourself giving way to this equally benevolent, highly intelligent, and rapidly reproducing Spanish legend.