New Missionary: What advice would I give? 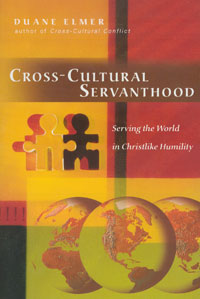 I should be in the car as this post is released. We’re on our way to the World Missions Summit 2, a gathering of Chi Alpha college students who are being challenged to give a year to missions and pray about a lifetime. With this possible influx of new missionaries it just so happens that, serendipitously, Jim Cottrill, a fellow Mexico Missionary at Missionary-Blogs.com is asking us to give our best advice to up and coming missionaries. So in anticipation of the event, which begins the 30th I’ll weigh in with what I feel to be the best advice that I have received as a missionary: “Attempt to be a cross-cultural servant.”

We who come from developed countries have a wealth of knowledge and expertise to share with those who have been less fortunate. We have access to the best information, the most knowledgeable scholars and the latest in high technology gadgets. Still, we find that in many situations we fail to make a significant impact in areas where we feel that our advantages could most readily be put into service. Furthermore, in many parts of the world, those of us who call ourselves Americans are more readily cursed than we are welcomed. Why is that?

Some could say it is a case of sour grapes, that other countries are frustrated that Americans have received so much while others have had so little. Still, I feel that there is something more. I feel that it comes more from what we convey than what it is that we have.

In his recent book, Cross Cultural Servanthood Duane Elmer remarks that many of us, and Christian Missionaries probably more often than others convey attitudes that “inadvertently communicate superiority, paternalism, imperialism, and ignorance. While never our intention, our ethnocentrism leads us to behave in a way that tells our host culture (the people of the country where we live and work) that we are the experts. We are there to give out of the vast knowledge that we have, while they submissively receive. This attitude immediately creates an “us and them” mentality where the host culture is frequently evaluated and usually denigrated by our accepted American “standard.”

To illustrate, Elmer uses the story of a monkey, watching a fish struggle against that current. Moved by his plight, the monkey, at some risk to himself, climbs a tree and swings out to an branch that overhangs the river. Extending his hand, he grabs the fish, and climbing down from his precarious perch, he places the fish gently on solid ground. Joy comes over him as, after a momentary struggle, the fish enters into a peaceful state of rest there on the bank.

Now of course, we all know that the did not help the fish at all, but from the monkey’s point of view, he did him a great service. Our problem is that we often behave like the monkey–offering our help while failing to fully evaluate and understand the situation, and while we may accomplish certain goals we may be at best tolerated and at worst isolated, while gains are usually only short lived.

What Elmer suggests is that we learn to become true servants–entering into the culture, finding guides to learn from and then inviting them to work together with us to reach sustainable goals. This requires more than simply learning the language, although it starts there. It requires an openness to change and a suspension of judgement on the part of the missionary that needs to occur on an ongoing basis. If we can convey this attitude, we will go far in identifying with our host culture and opening new bridges for collaboration, the key to make real progress on the mission field.

So as we make our way to Cincinnati to share with the students assembled there, I’m preparing myself. If anyone asks, I’ll ready with a copy of Duane Elmer’s book and the best advice that I’ve ever received: “Be a cross-cultural servant.”

Have you seen cross-cultural servanthood in action? What did it look like? What were the results?