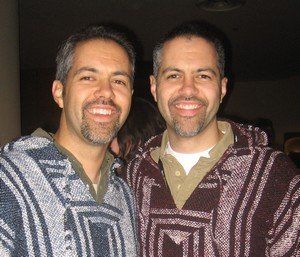 We’ve made it to Cincinnati where an estimated 6,000 have gathered to respond to the challenge to “give a year and pray about a lifetime.” Of course, with this event being sponsored by Chi Alpha, my brother twin brother, Mike, is also here, having brought his Chi Alpha team from American University where he serves as a campus pastor. This has made for an interesting mix of “worlds” where several, knowing either Mike or I but not the both of us, have found themselves greeting a complete stranger when they were expecting to talk with an old friend. As the interactions became more frequent, I decided to catalog the encounters and put up an album of my new friends. Click here , or on the picture of Mike and I to launch the album.