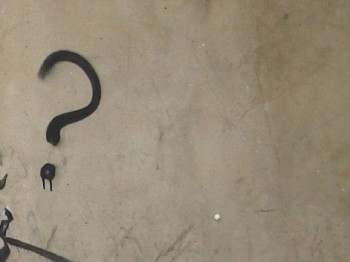 They say that politics and religion are two topics that you should stay away from in everyday conversation, but are people truly turned off to spiritual issues? My students at Instituto Biblico Bethel found just the opposite.

As one of their requirements of my evangelism class, I sent them out with surveys in hand to help them understand the status of the gospel in Mérida. Some of the results were expected:

But other items were somewhat surprising:

Opinion of the Bible:

The other surprising find was the ease at which people responded to their survey questions. Although some rejected their attempts to ask them questions, the large majority of those asked stopped to participate. I guess this contradicts the popular belief, wouldn’t you agree?

Granted, this survey was in no way representative of the public at large, but the results show a respect for the Bible and an openness to find out more of what it says, at least here in Mérida.  That’s encouraging news as we set out to teach a new group of students how to engage and direct seekers into encounters with Jesus.

How about your situation? Are the people that you talk to open to finding out more about God or have you been rebuffed in your attempts to open conversations about spiritual issues? What steps are you taking to assess the spiritual climate where you live?