A shot in the arm for the “Yucatecan Rythmn” 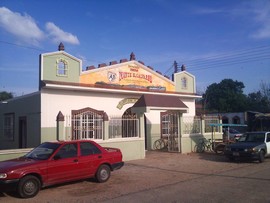 In a previous post, I had spoken about how Abimael Borbolla, District Superintendent of the Mexican state of Oaxaca, woke up the pastors and executive committees of the District of Yucatan when he alerted us that the our rate of growth, what he called the “Yucatecan Rhythm”, has been limited to 2.7 churches per year.

Granted, any growth is progress, but we need to take several things into consideration when we analyze this growth. First of all, records show that there are 188 Assemblies of God churches in the Yucatan. It is generally believed that the average church hovers at a attendance of between 75 and 100, which means that there are 18,800 people entering our churches during any given week. Adding 2.7 churches to this figure yearly, we can see that the Assemblies is adding 270 people per year in a best-case scenario, a growth rate of roughly 1.5%.

When we compare this growth with population figures we see the stark reality. As of the the 2010 census the state of Yucatán boasted 1,955,577 inhabitants(1). At 18,800 congregants, that means that the Assemblies is currently reaching less than 1% of the people of this state. Furthermore, knowing that the population is growing at a rate of 1.6% annually(2), our growth rate of 1.5% means that we are actually losing ground.

So the logical conclusion is that, if we plan to see the Great Commission fulfilled in the state of the Yucatán, we need to get busy planting churches. Nevertheless, increased activity alone will not insure the success of this endeavor. Our vision must be to plant churches that do more than survive, they must thrive, starting a cycle of reproduction that will effectively disciple the population. The dissemination of that vision is the goal of the current series of Church Planting Training Seminars during the months of April through June. 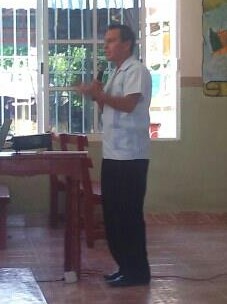 Together with Abel Can, and Fernando Diaz, District Missions Director and Secretary-Treasurer of the Missions Committee respectively, along with missionaries Lidia Pompeyo, and Norma Uitzil, we’re attempting to introduce pastors to effective methods of church planting. The 5-hour conference covers such subjects as the role of intercession, the responsibilities of the mothering church, the necessity of understanding the community, strategies to use to gain entrance into that community, and the elaboration of a chronological plan which ties all of the elements together. Our desire is to stimulate the district on toward the goal of planting 100 new churches in the next two years.

We’ve held one conference in the series already, which was well attended and received. Pray for as we travel and teach the series this weekend and throughout the next two months. Pray also that it will result in being the shot in the arm that the “Yucatecan Rhythm” needs. Click here for more photos of the event.