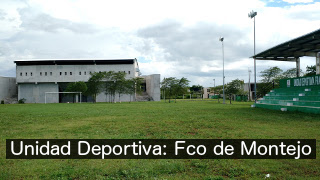 It was called, “Unidad Deportiva: Francisco de Montejo.” We found it after Rebekah’s curiosity led us to take a bit of a walk to see what the big building behind our neighborhood was all about. What we found was hard to believe.

It was a city sports complex, complete with a gym, soccer field and basketball courts. It had bathrooms, meeting rooms, and offices formed but incomplete, and in the time that had elapsed from the start of the work to the time that we had “discovered” it, it was obvious that it had suffered from its years of neglect.

After a bit of research I found that this was supposed to be an investment in the well-being of our part of the city. The project began in 2011 with an investment of $2,055,000, advanced to 75% of the way to its completion, only to be stalled for undisclosed reasons. 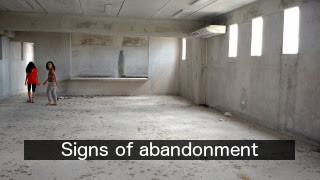 The question that one asks is, what happened here? Didn’t the project organizers take into consideration the cost of the project before they began? Couldn’t the funds be appropriated to finish the work, so close to completion, and apparently so necessary for a population that seems to be losing the battle against obesity? You would think, but as of just a week ago the work remains at a standstill.

It’s a bit of a stretch of the imagination to think that a project so high profile, so apparently important, could falter and fail so miserably. It stands as a stark testimony to the need for proper planning, execution, and evaluation.

The process of ministerial formation, although not nearly as expensive is not without its share of pitfalls. Many students, such as the eight that make up my current evangelism class, enter with the assurance that they are called to a task of eternal consequences. They begin their studies with the affirmation of their pastors and the approval of the Bible school administration, many elated at the opportunity to prepare themselves in service to the Lord. 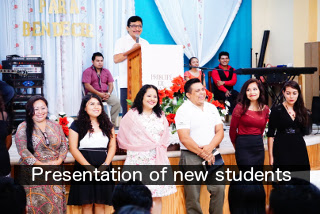 But something happens along the way. In the middle of the work, the finances don’t seem to stretch they way that they had planned. The work doesn’t seem to fit into the time that they allotted, or the desire to persevere, that had once seemed so strong begins to flicker and fail. The danger to quedarse en el camino, (fall behind) or to echarse para atrás (quit) becomes ever more real. As in building projects, the need for planning, execution, and evaluation in the area of ministerial formation looms large.

There was no hesitation in my mind, then, when Kelly and I were asked to serve as counselors for the Bible school students for the current 2015-2016 school year. We accepted. We believe in the call of God in the lives of these men and women. We believe that he who has started a work in them will be faithful to complete it (Phil 1:6), and we’re glad to offer whatever help that we can to facilitate the process.