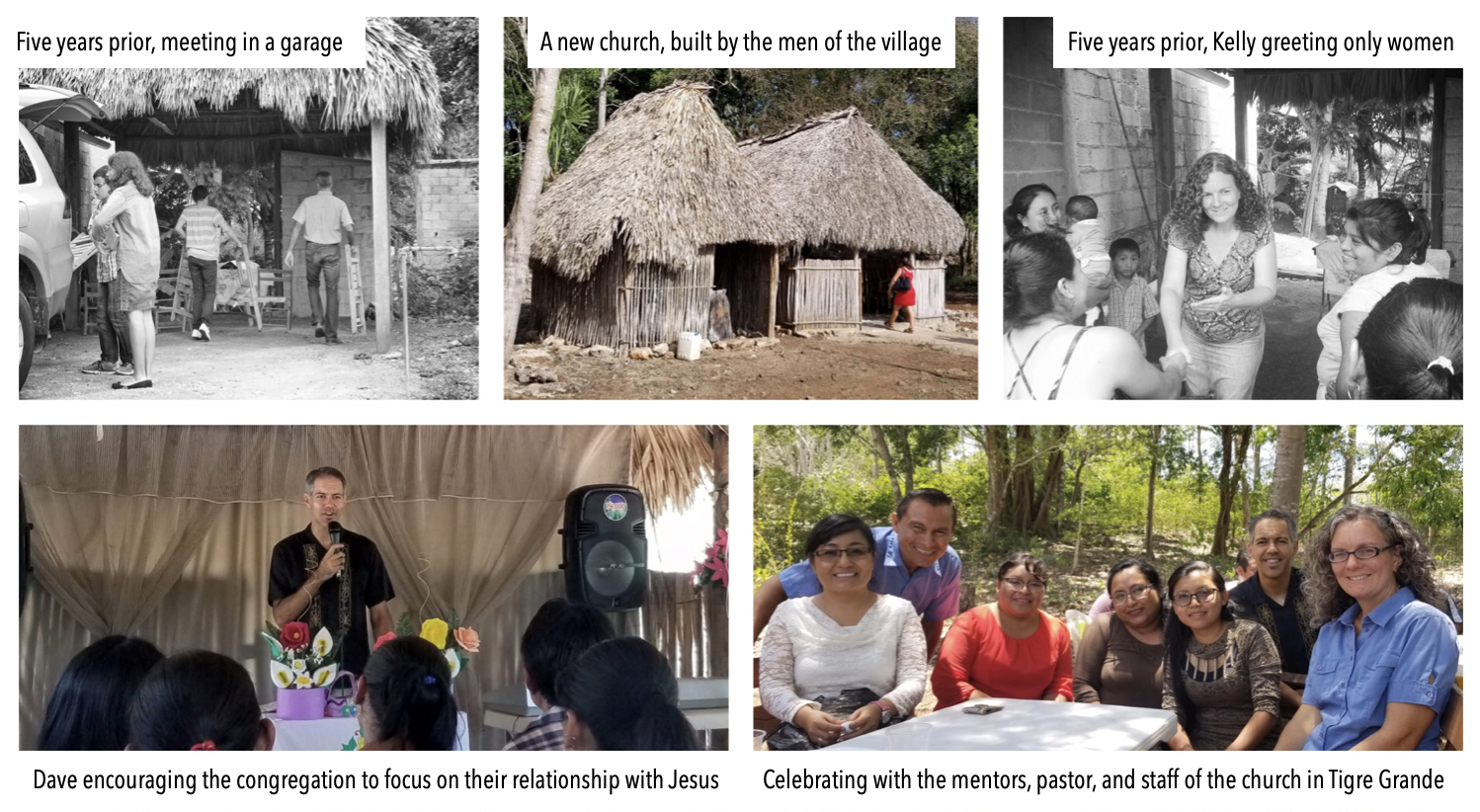 It was five years ago when we last ministered in Tigre Grande, a small village in the south of Yucatán near the border of Quintana Roo. We had been invited by Rangel Vázquez and his wife Claudia, missionaries who were in the midst of restarting a church, which, 13 years prior, had literally been flooded out of existence. While the redemption story was encouraging, the situation was tenuous. They had yet to establish a permanent meeting place (photo, top left) and had found it difficult to gain traction in their attempts to reach the men of the village (top right).

However, on this past April 28th, the anniversary of the reformed congregation, those struggles were a thing of the past. Not only was the service held in their own building (top middle), but its very construction proved to be the encouragement necessary for several men to join the congregation—first to donate materials and labor to build the building and later to worship among the faithful who gather there weekly.

The Sunday service was a celebration of all that God had done among them. The current pastor, Yani May, a Bible school graduate and former student of ours (pictured in orange in photo bottom right), has not only been able to consolidate the believers who had been disbanded but has also successfully evangelized new ones. These received their certificates of baptism during the service.

Furthermore, the work happening in Tigre Grande is reproducing. Yani’s church has already served to stimulate the planting of another in Blanca Flor, but their vision is much larger. Fernando Diaz, the lead pastor of Príncipe de Paz in Mérida (pictured in blue in photo bottom right), who serves as a mentor to Yani, envisions Tigre Grande as a training center to reach the surrounding villages there in the extreme south of the state of Yucatán.

It was a joy, then, for our family to travel the three hours from Mérida to be with Fernando, Yani, and so many others who have been instrumental in the success of the work in Tigre Grande. Even Rangel and Claudia, now serving in the state of Chihuahua among the indigenous Tarahumara, sent greetings via video to recognize the efforts of the pastors and congratulate the perseverance of the congregation. I shared from John 15, encouraging them to maintain their connection to the true vine, placing priority on their relationship with Jesus Christ as they continue their journey into year six and beyond (bottom left).

Thanks for allowing us to have been a part of their history through your support! For our updated prayer list and links to our secure giving site, head over to our support page.