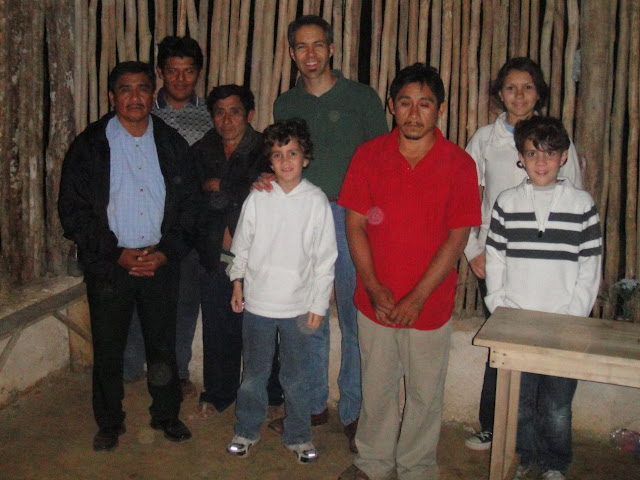 We were together in the car, Kelly, the kids and I.  We had been making our way, so we thought to the town of Tunkas, a small city of about three thousand, in order to deliver some documents to Pastor Eucepio Pech and to find out a bit more about the missions of which he is pastor.  Although I had been there previously, this would have been the first time for Kelly and the kids to visit the town.  We were headed there accompanied by Antonio Mendez, the District Missions Director, and the Regional Presbyter Manuel Diaz, that is until Manuel began to give me directions.

It was at that time about 6:00 PM. Tunkas was about a 45 minute drive away. Getting there, having our meeting and a bite to eat would have gotten us home by 9:30 PM. Pom however, was a trip of about two hours one-way. I had the feeling that this was going to be a long night.

We made our way from Bokobá, the town where Manuel pastors, through Izamal and on to Holca where we picked up an eighth passenger, before stopping in Libre Union for some panuchos. While there, there was talk about the remaining distance to Pom. 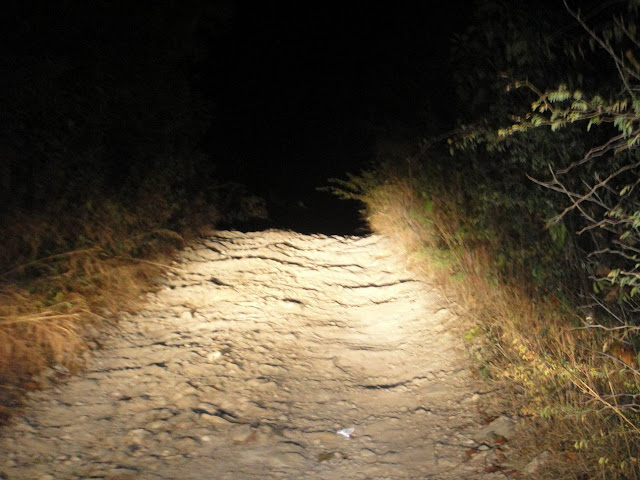 One said, “Oh no. Pom is another 4 hours from here. The roads are terrible. We can get there, spend the night and make our way back in the morning.” I cringed. This trip was evolving from a short jaunt to a voyage of epic proportions. I was only a little relieved when the others reassured me that we’d not need to stay the night.

The road was indeed rough. I was about 12 miles on a narrow, paved road, and then it was another 10 miles on basically a dirt path. Up and down we went, over rocks and at times through the brush that spilled out onto the “road.” Finally, we arrived at the town.

Pom wasn’t much to look at. It was basically a small grouping of houses around a diminutive downtown consisting of some rooms that served as the city hall. There is no electricity in the town, so although it was only 9:30 PM when we arrived, it was pitch dark. Everyone had turned in for the night.

Manuel walked down the path to the pastor’s house to let him know that we had arrived. The pastor, Tomás Reyes, is a former student of mine. Always the quiet type, I wondered how he might fare in such a remote place.

Tomás arrived, flashlight in hand to meet us a few minutes later. With him were his mother and sister. Also joining him was the mayor of the town, himself a member of the church. As we walked to the hut that served as the church, we heard of the work that was going on. 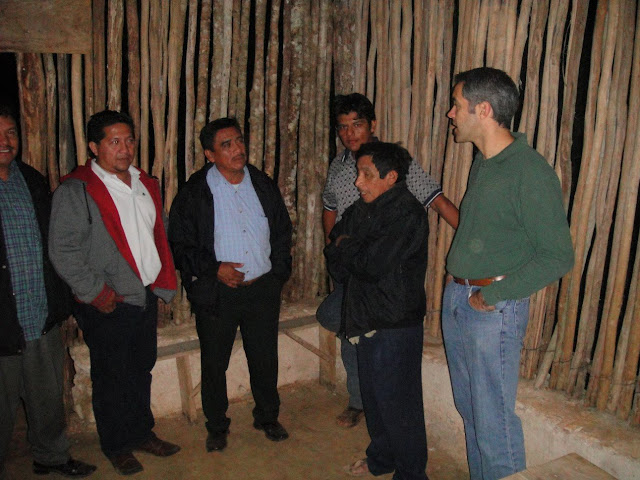 We heard of the group 25 people that would gather each service to pray and sing. We heard of how that, although many couldn’t understand all of what Tomás was saying because of the language barrier, (Tomás doesn’t speak Maya.), they were drawn by his spirit and his willingness to be with them even in that remote place. We heard the joy of a mother enthralled to know that her son was making a difference in people’s lives.

We entered the church, we prayed, and we spoke words of encouragement to Tomás and those assembled. We wanted them to know that they were remembered, that they were appreciated, that they could count on us to help them as they labored in the hard places. In the light of our flashlights, we could see from their smiles that they had indeed received the message.

It was after 10, but, even though we had another 4 hour journey in front of us, there was a desire to linger a bit. We stepped out of the building and looked up into the night sky. In the moment, I was reminded that, although the stars were too numerous to count, God knew each one by name. In the same way, in this world with over 6 billion people, God had not forgotten these 20 families that lived an hour from the end of the road without electricity or even water in their homes. Even here, he had sent a witness, and even though we had thought we had been heading to a completely different place for a completely different purpose, we left with the feeling that we had been blessed to have witnessed this extension of his grace.