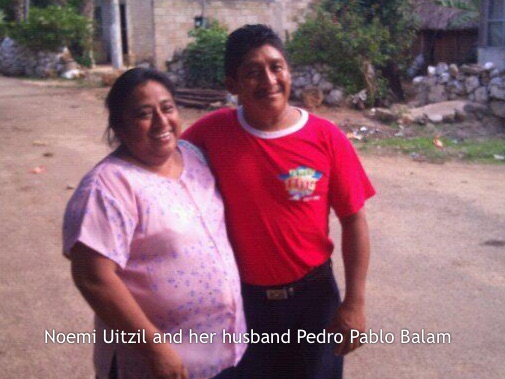 Just last week, as I was sending birthday greetings to Noemi Uitzil, a pastor who has been working with our Jesus Film effort, I was told of new movement beyond the borders of the state of Yucatan in Punta Laguna, Quintana Roo.

Punta Laguna is a small, Maya village, known for its nature reserve, where the spider monkey and the racoon-like coati roam free. Here you’ll find the villagers spending life much like their ancestors had when the town was established in 1930. Chickens and pigs are common sights on the village streets, so too are the women of the town, routinely seated before an open flame, preparing tortillas for the afternoon meal. Towns like these have been difficult to reach, particularly because of the traditional way of life that many of the villagers lead, which includes the practice of a syncretistic faith blending indigenous Maya beliefs with Roman Catholicism.

Nevertheless, it would appear that a new wind is blowing in Punta Laguna. Noemi and her husband, Pedro Pablo projected the Jesus Film in Maya there this month, and their effort is paying off! Two families have committed to the discipleship process, welcoming Noemi, Pedro Pablo and fellow church members to teach them more about the God of the Bible and his Son, Jesus, who died for their sins.

We’re encouraged to know that this effort, started in the District of Yucatan in 2011, continues to advance, pushing even into new territory with this event in Punta Laguna.

Won’t you pray for this fledgling group, that they will receive the support and encouragement to not only remain firm, but also to grow?