Inspiring pastors and Christian workers to see the need 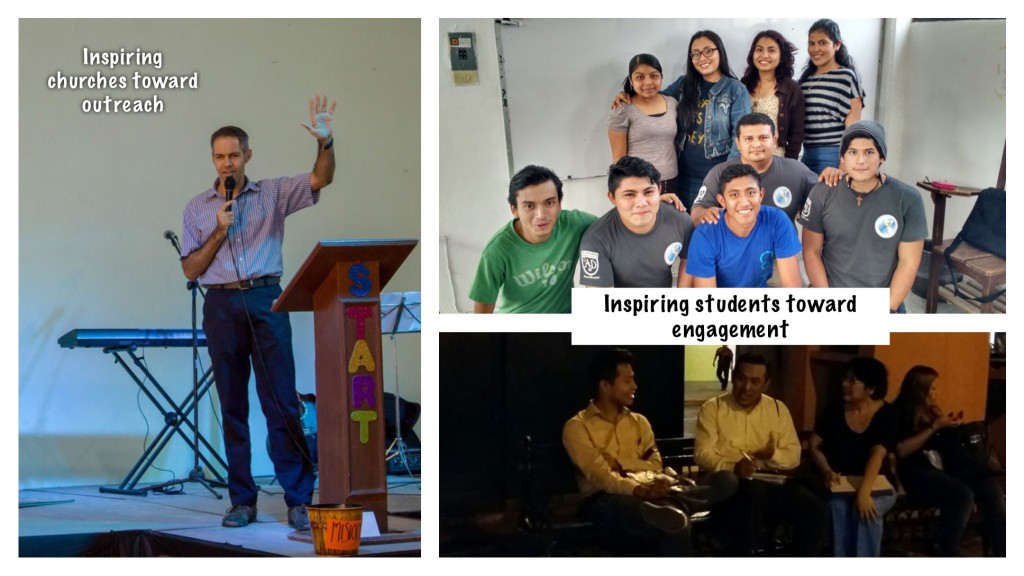 How do you inspire someone to see the need? It requires exposure; it demands engagement, and that’s exactly what we’ve been fostering as we continue pressing ahead to see our vision of the Yucatan full of churches become a reality.

It began with a conversation, a suggestion that pastor Felipe Sabido utilize the Alpha course to encourage outreach in his congregation “La Mies” in northern Merida. You can imagine my pleasure, then, when last month, I was invited to preach the kickoff of “Start”, their 12 week course based on Alpha. Their plan: to host groups throughout the city, inviting friends and neighbors to explore the truths of Christianity in a non-threatening environment. We’re looking forward to track with them as they open their homes to those seeking after Christ.

At the same time “La Mies” was planning their outreach, 27 students from “Instituto Bíblico Bethel” were hitting the streets. My evangelism classes took to the public spaces of Merida to discover the impact that Christianity was having on the everyday lives of those they encountered there.

While they found some encouraging signs, they also encountered areas of concern. For example, although 21% of those surveyed identified with an evangelical church, even they had difficulty explaining what it meant to be born again, and although a whopping 84% agreed that the Bible was the word of God, only 9% reported reading it on a regular basis. Clearly, there is work to be done.

What encouraged me, however, was to hear of the opportunities that the students were having, not only to discover the needs, but to meet them as well. 66% of those surveyed reported an openness to receiving follow up studies, while dozens received prayer and words of encouragement in the city streets and parks. One of my students summed up the sentiment the best. “We wouldn’t have known had we not gone.”

Pray with us that these experiences continue to bear much fruit!