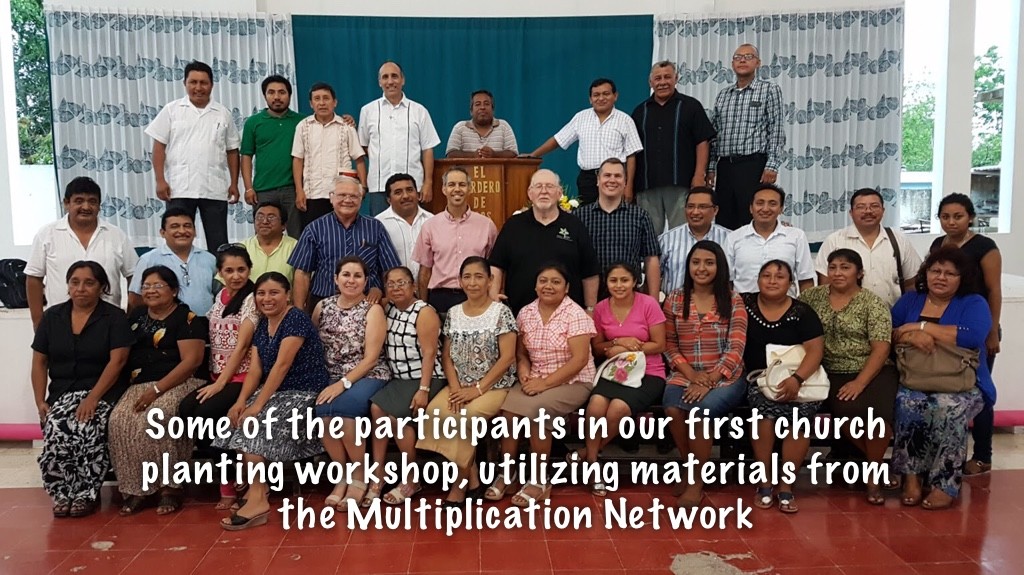 Have you ever had a great idea that came to you before others were able or willing to take it seriously? Maybe you had shared it with a few individuals without effect. Perhaps you even attempted to put it into practice, but you lacked the support to be able to see it through. Let me encourage you to not give up, because, if this past weekend was any indication, persistence pays off.

Since 2012, when I stumbled upon church planting material from Red de Multiplication (Multiplication Network) in preparation for a class, I had the feeling that they were on to something that could revolutionize the way we do evangelism and outreach. Their program emphasizes people over property and discipleship over building construction. It is a low cost, high impact plan that has since been adopted by evangelical denominations world-wide with tremendous success.

Since that class, I’d been looking for an opportunity to introduce these ideas on a wider scale. In the intervening years, there had been some meetings and a few false starts, but this past Friday, June 9, my opportunity finally arrived. That was when we held our first church planting workshop: “Sembremos Iglesias Saludables” (Let’s Plant Healthy Churches)

During two days, June 9 and 10, our District Superintendent, Magaly Balam, opened her church to us as we hosted fellow missionaries Jerry Brown and Peter Breit, representatives for the Commission of Evangelism and Church Planting (CEPI), for the first session of training. From my opening devotional, underlining our vision, through the step by step outline of the process, the participants listened with interest. As Jerry, Peter, and I went through the material, it was clear that it was striking a chord, identifying areas of weakness in our traditional models while providing solutions to overcome them. At the conclusion of our time together, there was a consensus among the attendees that they had been given a valuable tool, a tool that they wanted to put to use.

What was even more satisfying was what went on behind the scenes. Working together with my organizing team, District Secretary, Alfonso Vera, and Pastor, Felipe Sabido, we were able to create a tentative structure and invite key leaders to collaborate with us to guarantee that the church planting process would move forward. All of those who were asked heartily accepted their role.

Of course, the work has just begun. There is much to do to ensure that we move from this step of vision on to training and finally implementation, but the fact remains that, after 4 long years of waiting we have finally begun. Persistence pays off!