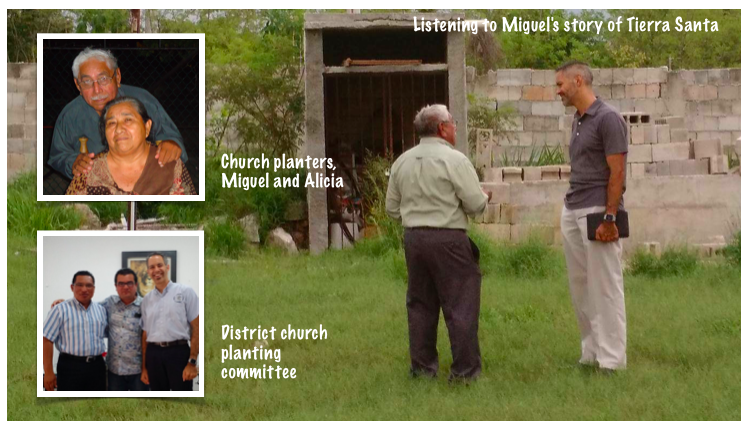 When you think of a church planter, what comes to mind? A Bible School graduate? An associate pastor? A missionary? In May, I found out that, at least in Latin America, the church planter is probably none of these.

Attending the Assemblies of God Church Planting Roundtable in Quito, Ecuador, I was confronted with the staggering statistic that up to 90% of church planters are laity. That’s right. They don’t have advanced theological degrees or ministerial credentials. But they do have a call.

This past week, I met one of those church planters. His name is Miguel Avilés. Prior to his involvement in the ministry he worked as a police officer. Still, at the age of 58, when many are thinking of retirement, God was moving on his heart, and even though he was so nervous he couldn’t finish his first sermon, he remained faithful to the call he had received to preach.

That was 16 years ago. Since that time, he’s seen God direct him from church member to itinerant preacher to, four years later, pastor of Tierra Santa, a church that he began together with his wife, Alicia.

Ministering with them on Sunday, I got a chance to hear the church’s twelve year history—one of faith, perseverance, and a bit of trial and error. As church planters, they’d succeeded, but it’s easy to see how many like them fail—because of isolation. Although spiritually prepared for the battle, Miguel and Alicia have faced struggles that they hadn’t anticipated. They admitted that they didn’t have the toolset to face many of those challenges as they did, alone.

But what if they didn’t have to go alone? What if they had the support of a modular system of training readily applicable to the stage of their plant? What if they were grouped together in a cohort of church planters, each one pulling for and praying for the other? What if they were paired with someone who could assess their progress, make suggestions, and help them deal with the myriad of problems along the way? What could that mean for church planters like Miguel and Alicia? What could that mean for the Yucatán?

That is what we are asking ourselves as we move forward from our June workshop “Sembremos Iglesias Saludables“. A pilot project for church planters starts September 17, which is part of a permanent church planting program. It’s goal: to keep people like Miguel and Alicia from having to go it alone. Be in prayer with us as together we take this step of faith to equip the 90%!