Thankful that He Calls 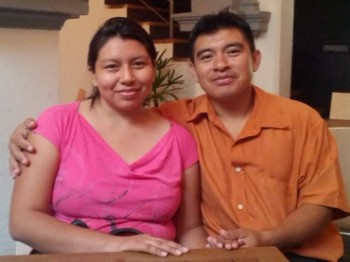 “Hermano, ¿podemos hablar un ratito?” were Bernice’s words. Something was clearly bothering her. Berenice was one of my students in my Missions class. She was troubled because the theme had confirmed an idea that God was revealing to her and her husband, Angel.

Just a week ago, Kelly and I met with Berenice and Angel. At the meeting, they shared their story. They related to us how they had been called to minister in Guerrero, in a village whose name they had never heard. They told us how they had taken steps to dismiss their impression only to have it confirmed time and again, but never more intensely than after our previous conversation.

We shared our own experience with them, prayed with them and encouraged them, but it was obvious that no convincing was needed. God is doing his work. They’re now preparing to take the next step in fulfilling the vision.

During this Thanksgiving holiday, I have a reason to be grateful. I’m grateful that He calls men and women to follow Him although their culture would have them stay at home. I’m thankful He still confirms His word, even in the most unlikely circumstances, and I’m glad that He’s allowed us to be a witness of it here in Yucatán.