Not forgotten, not then, not now, not ever. 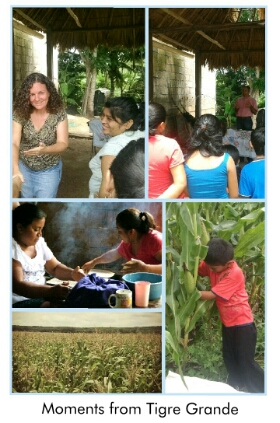 There’s been a theme recurring in my mind for the past few weeks; it’s the idea of a God who keeps his promises,  a God who doesn’t forget.

Last week, I had the chance to preach on Mephibosheth, an obscure name in the story of David, but an important example of the God who remembers. David had made a promise to his closest friend, Jonathan,  who just happened to be the son of his fiercest enemy, Saul.  He promised to be kind to Jonathan’s family when came to power.

Now, there would have been a pretty remote chance to see his promise come to pass had David reflected the kings of his day. They were known to conspire against their enemies and wipe out any trace of their descendants, lest one of them think of the possibility of rebellion and a shot at regaining the throne. But David was not like the kings of his day; he was a man after God’s own heart, And how does God act? He keeps His promises.

The story resumes years after the promise was made, years after Saul and his sons, including Jonathan, had been killed.  David finally establishes his reign, and when that work was done, he looks for a opportunity to keep his promise.  He seeks out Ziba, an old servant of Saul, and inquires of him the location of Jonathan’s son, the crippled Mephibosheth. He sends for him, and then, in all of his magnanimity, restores to him all of what had belonged to his grandfather.

He didn’t need to do it. There was no one alive to hold him to his promise. It was, to say the least, a unexpected act for a Middle Eastern monarch. But David was more than that, he was a king whose temporal rule was to point toward the eternal Kingdom of the Heavens and the God whose kingdom it is, and that God is a God who doesn’t forget.

Flash forward to 2002, when a town called “Tigre Grande” was flooded by Hurricane Isidore. During the storm, water from rivers of the state of Campeche surged in, filling lowland farms to the tops of telephone poles. At the time, a small church was taking shape, but, because of the floodwaters, the town was displaced, and its residents are disbursed throughout the county. The town was later reestablished and rebuilt, but, unfortunately, the little church did not survive.

Anyone else could have easily forgotten the little town of Tigre Grande, lying 50 kilometers away from the nearest good road, anyone that is, but God.

It was 12 years in the formation, but God’s promise to build his church was fulfilled. Early this year, God stirred the heart of a young missionary couple, Rangel and Claudia Vázquez, for Tigre Grande. They took a trip to investigate. What they found was astonishing. They had asked about the possibility of starting a Bible study in the village. When word had spread and the day of the first event arrived, a group of townspeople, 22 in number, were there to be a part. They had been waiting for them and the message they brought that day. Rangel and Claudia were able to say that just as the townspeople had not forgotten the the church that had begun years before, neither had God.

Kelly, the kids, and I had a chance to meet the group and share in a small service in garage of one of the houses that had been rebuilt by the government after the storm. The kids and adults found seats or stood in the little space, a dog stretched out in front of the table that served as a pulpit. As we sang, and prayed, and studied the scriptures together, we saw the signs of a church reforming, and we heard the testimonies of lives being transformed in that small village, down but not out, lost to some but not forgotten by God.

But that’s who He is, the God who keeps His promises, the God who doesn’t forget–not then, three thousand years ago with Mephiboseth, not now in the case of the Town of Tigre Grande, not ever.