The Call Completes the Circle 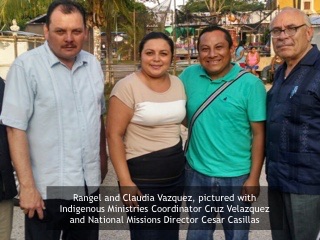 Often, the call of God leads us to distant shores and far off lands, but Rangel Vasquez’s story proves that sometimes it can lead us right back home.

His story begins in Tzucacab, a municipality in the south of Yucatan where he was born. He wasn’t there for long, though, as the need in his family and the economic opportunity that offered life in the capital city caused his parents to pull up roots and relocate to Merida. Nevertheless, it was there, hours away from his ancestral home, that God was preparing his heart for the return journey. 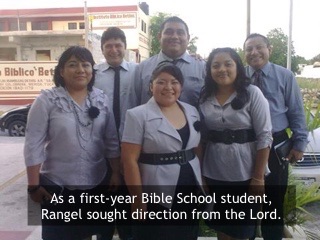 The preparation began at “Instituto Bíblico Bethel” both academically and spiritually. It was there, in my evangelism class as a first year student, that he expressed a stirring in his heart for missions among the indigenous of Mexico. As we would begin the day in prayer, he would often ask us to intercede for him that he might receive direction as he explored what the Lord was doing in his heart and life.

Still, even with a desire to minister to indigenous people like the Maya among whom he was born, the path to his current place of ministry was not direct. In fact, it would take him some 1,700 miles in the other direction to serve with his wife Claudia in the Sierras of the state of Chihuahua as house parents for a children’s home and church planters among the Tarahumara Indians of that region. 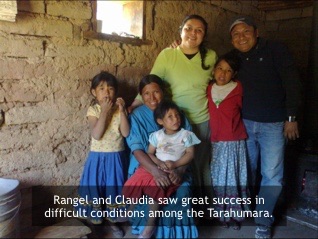 Life among them was difficult. They lived from day to day, praying for God’s provision so that they would have food enough to provide for the children and something left over for themselves. Water for drinking was scarce, for bathing even more so, and the weather was extreme, but God was faithful to keep them and give them success. In their time there, they had worked to forge a growing community of disciples, eager to know their Lord more fully, and serve those around them.

Their time in service gave way to three months of formal training in CEMAD, the Center for Missiological Studies of the Assemblies of God, where they learned the theological underpinnings for their calling as well as a practical methodology for cross cultural ministry. Still, as their training came to a close, they needed to make a decision to stay in the Sierras or return to the Yucatan.

We talked during this time, as we too needed to make a decision. The time was drawing near for us to depart for itineration, and we needed someone to serve as a liaison for our ministry in our absence, coordinating both information and resources. That, coupled with an endorsement to serve as district missionaries in the state of Yucatan cemented their decision to return. Even so, they were unprepared for what would happen next. 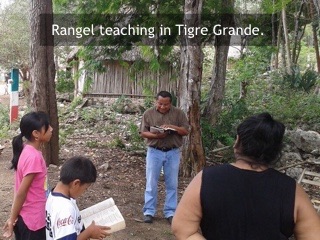 As they returned in late 2013, God began to deal with Rangel about a place called Tigre Grande. It’s a small obscure village, a town you only pass through on purpose. It’s located in the south of Yucatan near the border with Campeche, and it just so happens to be the the municipality of Tzucacab.

Unable to shake his premonition to visit the town, he took an exploratory trip. As he arrived he greeted the villagers, going house to house and probing their interest in the gospel message that he hoped to share among them. What he found out was even beyond his wildest expectations.

The town had once had a budding congregation. A church in a neighboring village had built a small meeting place, and several villagers had begun to attend, but floodwaters that had come in 2002, washed away most of the town. The villagers scattered to find refuge after the devastation, and the small congregation had to be disbanded. Later, the town was relocated to higher ground, but the church remained just a memory, that is until Rangel’s arrival. 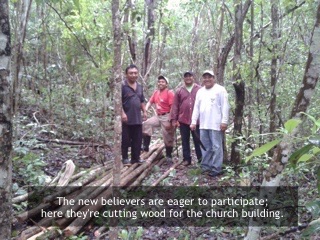 The people greeted his investigation with interest. Not only were they eager to find out when he would begin, they were ready to participate. It was as though they had been waiting for him for eleven years, but it was much more than a homecoming for this wandering native of Tzucacab, it was the closing of the circle and the confirmation of the Lord’s direction in his life.

Rangel and Claudia continue the work in Tigre Grande, ministering holistically to the needs of the community as they communicate the Good News on a weekly basis with encouraging results, but they’re not content to limit themselves to that community. They’re convinced that the seeds that they are planting are meant to grow, and have set their sights on the entire region, taking steps now to plant churches in neighboring communities.

Were honored to partner with missionaries and church planters like Rangel Vazquez. They play a critical role in the fulfillment of the vision of the Yucatan peninsula full of churches, diverse class, status, education, and language but united in their love for the Lord and one another. As we tour the United States sharing about the Yucatan, we long to return to continue our labor with them.