The Swine Flu: Worse but Better 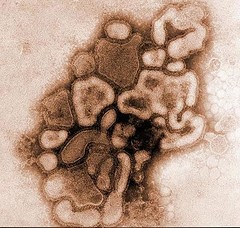 The swine flu has left its mark on Mexico. With 1204 confirmed cases and 44 deaths, the statistics are slightly less alarming than once predicted, but the disruption that it has caused, in the form of canceled activities and the accompanying economic hit (to the tune of millions of dollars), the images of mask wearing citizens, and the general preoccupation will not long be forgotten.

Here in Yucatán, where we were once thought to be swine flu free, the government has reported 18 cases, most coming from previously discarded cases that have since been confirmed. Still, even though the virus has yet to be eradicated, life begins its slow progress back to normalcy. Businesses, which had been closed completely except for basic necessities like food and gasoline, reopened on the 6th. Classes, canceled since the 28th of April, will resume on Monday, and, with the ban on public gatherings lifted, we’re resuming our ministry in churches starting this Sunday with another evangelism conference.

So even though we’re statistically worse off, it seems as though this round with the swine flu is drawing to a close. Still, we ask that you would keep praying for recovery for those who are now sick, for comfort and a sense of God’s presence among those who have lost a loved one, and for a realization here in Mexico of the fragility of life and the need of Savior.

Also, we ask that you would pray for us. We need to remain healthy as we transition back to the States. There is a lot of ministry to finish in addition to all of the reducing and packing we need to do before we say goodbye on June 20th.