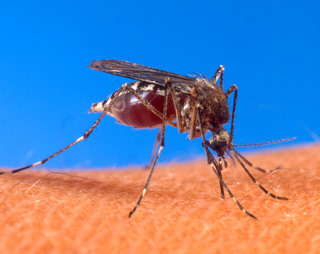 Thank you for praying for the dengue outbreak that I mentioned in this post. We’ve received some good news in recent weeks. Here’s an update from a missionary on the field:

I just got off the phone with Rolando Perez, one of the pastor’s here in town. His 13 year old son Iram, who was very ill last week and in the hospital (with dengue), is recovering and getting stronger every day. He turned the corner three days ago with his platelet count and for the first time in over a week his platelet count remained on the upward instead of dropping to dangerously low levels. Everybody is breathing a sigh of relief and grateful to God.

Nahum, the superintendent’s son, is no longer dealing with the high fevers and his platelet count has also stabilized.

As far as I know, there are no new cases at our church, but there are two new cases at a church on the east side of town (Jorge Mijangos’ church) and a teacher (at Iberoamericana, the missionary’s son’s school) has possible dengue as well.

The papers here finally came out with two long articles about the crisis and how this week they were going to really crack down and fumigate the areas with the highest numbers of confirmed cases. I had to speak at a church in one of these areas last Saturday evening, and the fumigation trucks went up and down the streets right smack during my talk. Despite the very loud noise of the fumigation process, I was really glad to see the government stepping up to deal with the crisis.

Thanks again for your prayers. Let’s stay united for the physical and spiritual well-being of the Yucatan!