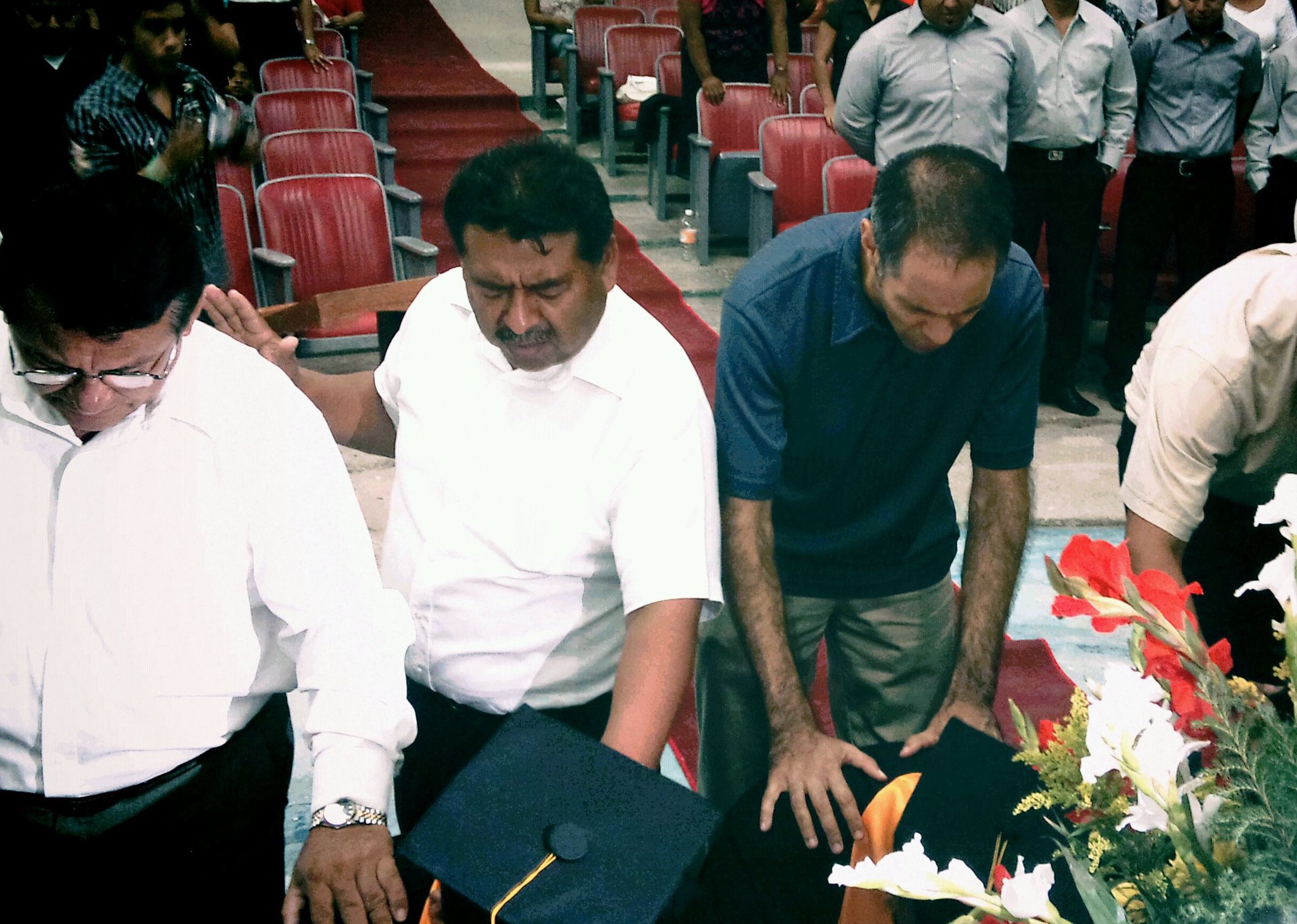 Monday was graduation day for the 64th class of Bethel Bible Institute, but it was remarkable for more than the proof of this institution’s longevity. It was the launching out into ministry of a group with whom I had shared a special bond.

I had taught them a total of two classes, but my heart swelled to see them finish their three years at Bethel. There was a sense of satisfaction, the feeling that I had helped this group reach their destination. And the feeling was shared. As the ceremonies finished, several of the class told me that they would never forget the impact that I had had on their lives. One student in particular embraced me and thanked me for what I had taught and modeled before him.

No. It wasn’t any amazing word that I had spoken into their lives that had made the impact. It wasn’t any particular truth that had meant the world to them. In fact, if I were to have grilled them on the spot. I would dare say that they would have all had to search hard in order to repeat even the most bare essentials of the Evangelism or the Church History course that I had taught them. The impact that had been made, the bond that we shared was forged in a different way. It came about through shared experience.

I hadn’t necessarily planned it. I had noticed at the time that the Evangelism course that I was teaching was going to finish short on hours. I made a comment to the director, and he suggested that I have the class hold a campaign in order to make up the time. I was less than enthusiastic about the suggestion, but I presented it to the class. They took it and ran.

In a few weeks time, they had organized themselves and planned the event. There was to be services, a medical outreach, and a clothing giveaway, but a blown radiator on the way made some wonder if the event was even going to take place. Still, that precious time of adversity and the fulfillment of having together pushed through to see God’s blessing in perseverance was invaluable to forging the relationship that still holds two and a half years later.

Taking that trip with them and staying with them through the crisis opened the door for me to speak to their lives, but the benefit was reciprocal. They were no longer just students. They had become friends. I wasn’t only teaching; I was learning as well, and it was that shared experience, that trip that I had only reluctantly agreed to lead, that had made it all possible.

Many of my colleagues have said that what impacts students most during their time in Bible School is not what they learn in the classroom. It is the time outside of the classroom: the words of counsel over a cup of coffee, the visit to their home by their professor, or even the evangelistic event in which they participate together that indelibly affects them. On Monday night, as I left that graduation event, I found myself in total agreement.

A Generation Has Passed…

May 28, 2009 in Devotional, Language, Ministry, Progress by Dave | Permalink 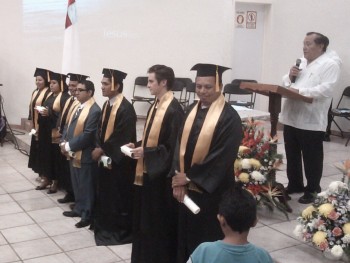 Since we’ve been in Mexico, we’ve witnessed the passing of a generation. No, we haven’t been here in Mérida for 20+ years, although looking at the growth of our kids during this term has made me wonder at times. I’m talking about the recent Bible Institute graduation service celebrated this past Monday, where Generation 06-09, walked the platform to receive their diplomas from the District Superintendent. This marks a milestone as it means that the students that I had the chance to teach from the first year of their Bible school experience are now being launched into ministry. The freshmen from my Personal Cvangelism course of December 2006-February 2007, my first solo class taught in Spanish, are now moving into their vocations.

Watching them receive their charge as graduates I had mixed feelings. There is a sense of joy in knowing that I had a part in their formation as ministers, but there is also a sense of regret. So often I had wished that I could have had certain sessions over again, where my lessons could have been more polished. On more than one occasion I’ve wish that I could have another chance at conversations that I’ve had knowing now that my Spanish could have been more understandable. In spite of my wishing, though, what was taught was taught, and the encouragement, advice, and prayers have been spoken. And that’s OK, because I believe that, though at times stammering or searching for the words, we communicated. As we learned we grew, each one of us offering to the other what we could not acquire on our own.

It wasn’t by chance that God brought me together with this generation at this moment in our lives. I so as I said goodbye to each one I prayed that as we part our ways, the graduates to their respective positions, and my family and I to the US to intinerate, that God will help us to remember the ways in which our being together expressed the manifold wisdom of God (Eph 3:10) that saw fit to join us together during their generation in the Bible school.