Scaling Up for Mass Distribution 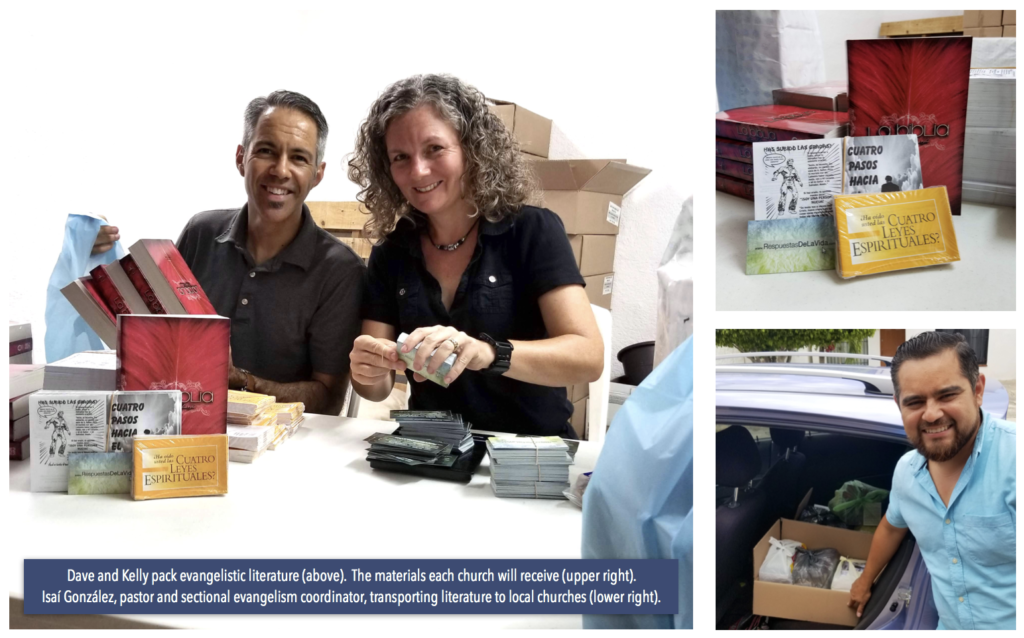 In our April update, we took time to highlight the ministry of Light for the Lost. Through their support, we were able to furnish all of our church planters with the evangelism materials that they needed to effectively present the gospel to the unsaved in the neighborhoods, towns, and villages where they are starting new works. In this July report, we’re excited to update that story as we’ve been able to extend that support to churches throughout the district of Yucatán.

Leading the District Evangelism Department since July of last year, we’ve been promoting the idea that the local church is the engine that drives evangelism. It is therefore a pleasure to support these pastors and congregations, utilizing our network to distribute some 68,000 tracts and 600 Bibles in support of their evangelistic efforts. We’re convinced that through their desire to reach the lost and the use of these tools, their outreaches will leave a lasting impact.

We are also providing churches with a particularly exciting tool: Respuestas De La Vida (Journey Answers) cards. Designed to follow up gospel conversations or be left with restaurant servers, gas station attendants, taxi drivers, etc., these cards lead the lost to an online, relevant gospel presentation and a site where they can respond with questions, prayer requests, or make a decision for Christ. These respondents can then be directed to any one of our local congregations for continued discipleship. Our hope is that this mass distribution will lead many to respond to the gospel and connect with a church home.

Of course, this kind of operation does create its share of complications. Our spare bedroom has since turned into a warehouse/staging center as we prepare evangelism packets for distribution! Still, it’s a small price to pay for the opportunity to take another step toward fulfilling the vision of the Yucatan full of churches.

Pray with us, then, that these messages will reach their intended audience and influence them to become disciples of Christ. And, as you do pray, would you please add these additional needs to your list?

Evangelism: How Can They do the Work Without the Proper Tools?

As president of the Department of Evangelism of the District of Yucatan, we’ve been given a tremendous platform from which to launch a church planting program. But as our planters enter into this their third month of the process, which emphasizes evangelism and small group formation, the question arises: “How can they do the work without the proper tools?”

Take a look at the above video message for insight into how Light for the Lost is helping us to answer this question.

When the Plan Comes Together 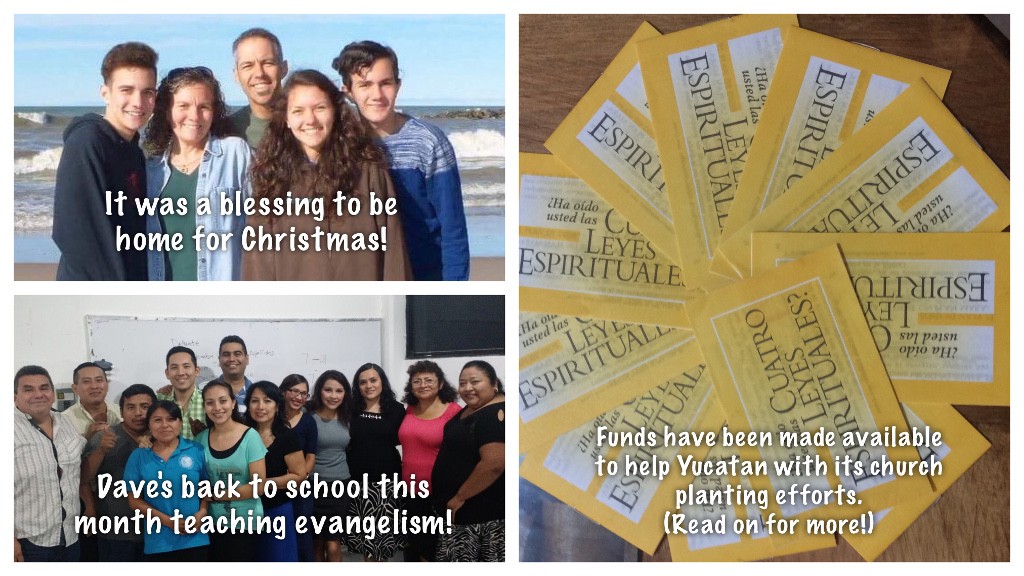 My youth was marked, as many kids of my generation, by the programs that played on prime time television. I remember pleading with my mom to let me stay up to watch the “Dukes of Hazard,” and being completely amazed by the genius of “MacGyver.”

One of the more notable shows was the A-Team. Explosions abounded and the bad guys were sure to get their due when they were on the job. When it was all said and done, you could be sure to hear their leader, “Hannibal” Smith say, “I love it when a plan comes together.”

That phrase was said so many times during that series’ five-year run, it’s no wonder that it came back to me this past week as an improbable series of events came together to bring about a blessing for the work here in the Yucatán. Let me set up the situation:

Committed to stimulate church planting, Kelly and I held meetings with district superintendent, Magaly Balam, soon after our arrival. She received us enthusiastically and recommended further meetings with a committee charged with the very task that we were promoting.

Nevertheless, our arrival appeared to have been a bit late in coming. As event planning for the district had already taken place, those meetings had been suspended. Until they could resume, we could and did state our intentions informally, but no action could be taken.

In the meantime, the fall progressed with the various mentions from our leadership in the States of evangelistic resources available for those who had a need. We knew that we could utilize them, but without direction from the district, we felt that we needed to allow others with more pressing needs to speak first.

Fast forward to this December when we had our first meetings with the department of Evangelism. They shared with me their ambitious project to plant 26 churches, and they stated their needs; among them was evangelistic literature totaling 200,000 tracts and some 1,500 Bibles. I left that meeting pledging to do all that I could to help, but at the same time wishing that they had talked to me sooner, when funds were available.

Imagine my delight, then, when an email from my area director, Paul Kazim, hit my inbox. “Happy New Year,” it was titled. He continued:

Hope the fireworks did not keep you awake. Mexico City was silent. Not sure why. Anyway, just a reminder, the field still has LFTL and BGMC funds available.

While Mexico City was silent, the explosion of gratitude that overtook me was stronger than any blast the A-Team could have concocted.

LFTL, or Light for the Lost, is a ministry dedicated to providing literature for outreach purposes. That was the exact resource that our district needed to be able to fast track its upcoming efforts, the same resources that I thought had already been distributed.

Needless to say, I replied immediately, and funds meeting nearly the entire need will be made available with plenty of time to order and receive delivery of the tracts and Bibles before the evangelistic push which is set to begin mid February!

While I admit that my life as a missionary might not always be exciting enough to fill a slot during prime time, as I sent out my thank you note to those who helped, I found myself repeating the phrase, “I love it when a plan comes together.” Don’t you?