In this entry, cross-posted from her blog, Every Day is New, Kelly shares about her first visit to Cocoyol, the site of the first projection of the Jesus Film in Maya.

Cocoyol (coco – joel’). It isn’t on google maps, but it certainly exists. It took us over 3 hours to get there, which included a few wrong turns. It was raining during about half of our trip and raining when we arrived. Why did we go? To be part of a new work going on in Yucatan to start or “plant” new churches in the Mayan language. We are what you might call the “link” – hooking up those who have a vision to see the message of Jesus brought to people in their own language with a group of believers who have a desire and commitment to start a church, oh, and that speak both Maya and Spanish (that part is important!).

The Maya have been in math & history books, in several tourist guides and even in Hollywood, but I don’t think the current culture or people get that much publicity. In Cocoyol, we saw a snapshot of life for this indigenous people group. 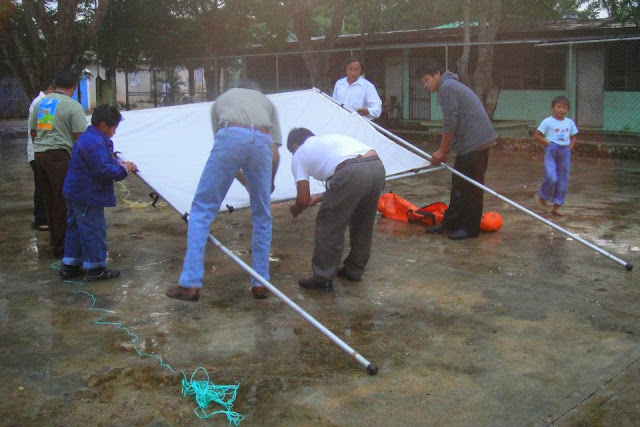 It was a bit like entering any other small town at first glance. After we found the correct road, we traveled under a canopy of trees, that would have provided shade had it not been raining, and arrived at the “center of town” where the Catholic church and the local school were situated on two joining sides of a basketball court. The team had arrived before us, visiting the 100 families that make up this Maya community and letting them know about the event. Upon returning, they got to work setting up a portable screen and projector to show the Jesus film, not in Spanish but in Maya. “Wait!” you’re saying, “aren’t you living in Mexico?” Yes, yes we are. Although Spanish is the national language of Mexico, there are, according to Wikepedia, over 6 million indigenous Maya in 4 countries! And one of those is Mexico.

While the setup was taking place, I watched, snapped some photos, and spoke with the kids who were gathering. Fortunately, I didn’t need a personal translator since some of the kids were able to communicate in Spanish. I even got a few questions/words in English since some of the kids’ family members most likely have work in tourist areas. One particular boy acted as a sort of spokesman for the group; he even confiscated my camera and snapped a shot of Rebekah and me. 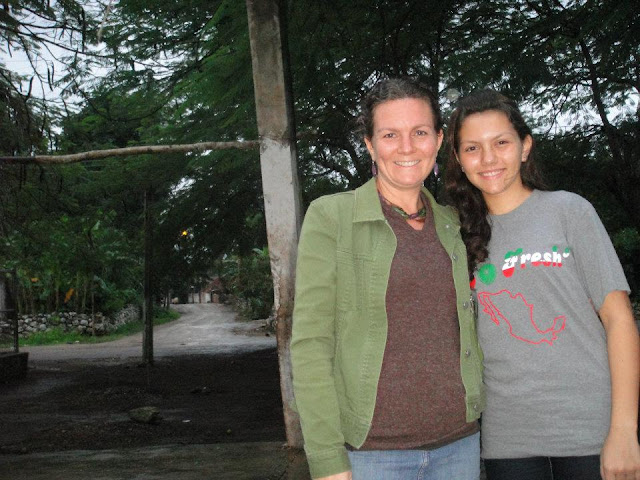 However, the kids spoke to each other in Maya, all the time. It was like being in another country for me. I knew that there were several families, even in the city where we live, who continued to speak Maya inside the home or between family members. There are older ladies in our church who help us with basic phrases to learn something new in their native tongue. But, hearing their everyday conversation being spoken in something other than Spanish was a bit surprising.

This was not the first time that the message of Jesus’ love had come to the small town. One boy told me of another group that had come on a few occasions (with a bigger screen!). The difference, we hope, is that the team’s goal is to come, to stay, and to speak their language. The Maya language. The team is not from America or Korea, but from a larger town in Mexico, about 30 minutes or so away. And they don’t plan on being a passing memory. 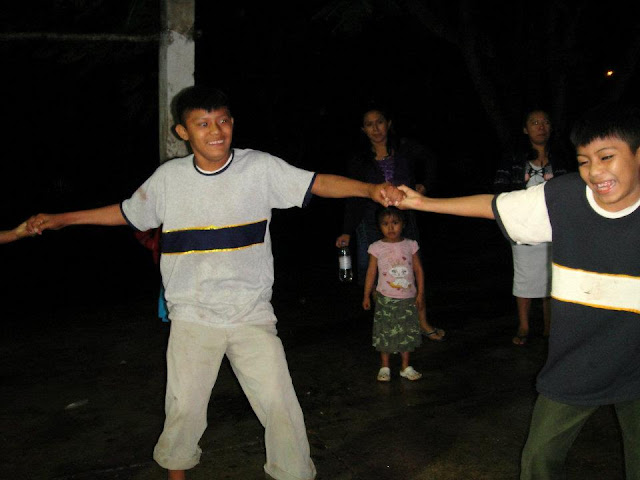 I played a small part, not being on the team and not speaking the language. Sure, I spoke Spanish and a few answered me in Spanish. I mainly talked and played with the kids. My kids and I taught them Simon Says and they taught us “veneno” (poison) which, fortunately, was a harmless game where they spun in different directions holding hands 😉 They practiced some English phrases and I practiced some Maya ones. They were amazed at the height of our daughter, who is 12 going on 13. I marveled at their ages being 12 and 17 and still being in the 3rd and 6th grades, respectively, of their elementary school.

It is clear we are very different, but we are loved by the same God. I am glad my God doesn’t speak to me in Mandarin or French or Turkish. Can you even imagine? . . . That is the idea behind this team and others that will follow in their footsteps and in the footsteps of Jesus – speaking the language of the people, sharing His beautiful words of life.

Kelly’s added a few of her photos from the trip to our photo album. You can view them all here.