Persevering to Accomplish Goals and be a Blessing

As we begin the New Year, we normally do it with good intentions. We see the possibility of a fresh start and shoot for the moon when it comes to making our resolutions. Then, reality hits and we find that it takes much more than good intentions to accomplish our plans. If we’re to reach our goals in 2016, it’s going to take perseverance.

That’s exactly what I’d like to share with you today: the story of one teen’s perseverance that has enabled him to reach a milestone in his young life and be a blessing at the same time.

Meet Dominic Juarez. He emailed me in late September of 2015:

I’m a member of the Royal Rangers at BVCC in Chula Vista California. We are currently working to complete our GLOBAL MISSIONS merit. One of the merit requirements is to send a CARE PACKAGE to a foreign missionary supported by our church – Bonita Valley Community Church in Bonita California. I picked you. Therefore, I’m sending this email in the hope that there are some things from here in the United States that you would enjoy receiving (FedEx or DHL) there in Mexico?

Now, while we live in a modern city and have access to many products from the US because of free trade agreements, there are certain items that we have difficulty buying here in Mérida. And, while we could certainly live without them, it is a blessing when we have opportunity to get them. For our kids, these amount to candy corn and jelly beans, to Kelly and myself, Bengal Spice Tea by Celestial Seasonings.

These products made up the list of items that we had sent off to Dominic. Of course, understanding that shipping to Mexico is a complicated procedure, we sent him the list with the resignation that the items might, in fact, never reach us. So, it was without surprise that we received this email from him a month later:

I wanted to give you an update on the care package we promised. We have purchased the goodies, but it has been a challenge getting it out to you. We were not aware of the regulations of international shipping. Since we live near the border, we drove into Tijuana to ship from DHL there. That seemed like the easiest and least expensive route. Not quite, so we brought the goodies back to San Diego. Then we did ship from San Diego using UPS. Well they neglected to inform us of Mexico’s consumable goods restrictions. UPS emailed today that the package is being Returned to Sender. Apparently we need some kind of authorization notice from Mexican Customs to ship candy, WOW. Just to let you know that we have not given up. We’ll try again and keep you updated.

We’d appreciated his intention, but when 2015 came to a close, we had assumed that the obstacles were, in fact, too great, and that he’d had to give up on his desire to bless us, perhaps even on receiving his Global Missions Merit. Imagine our surprise then, when an unexpected delivery reached our door just yesterday. As I signed for the delivery, I asked myself, “Could it be Dominic’s package?” As Kelly, Rebekah, and I opened it and found the items that we had listed, we were sure that it was. 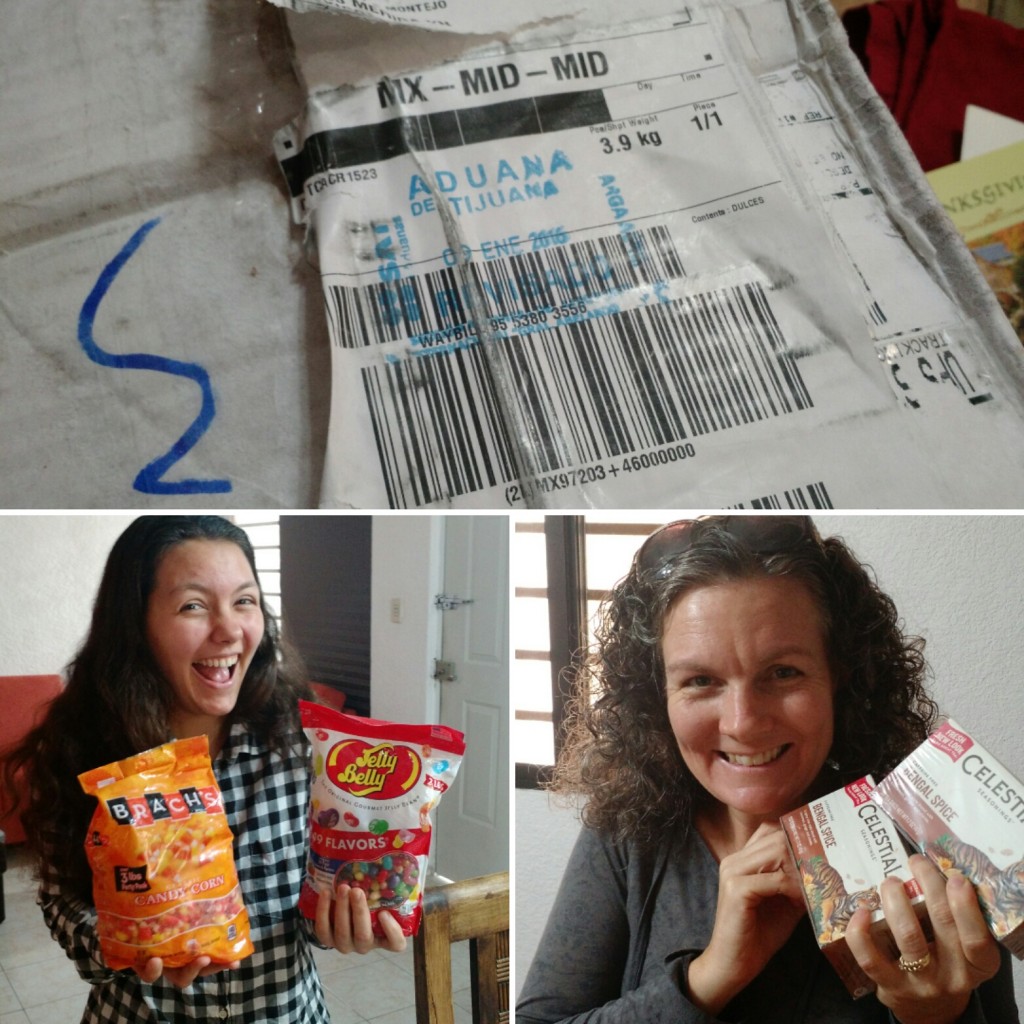 We sent a thank you email right away including the photos that you’ve seen above. To that, Manny’s father wrote the following:

…thank you for being part of Dominic’s path to his Gold Medal Award with Royal Rangers.
He kept reminding me of this to keep his word to you and to the Lord. You have made a difference in this young man.

He included the following picture of Dominic receiving his Silver Medal Award, a milestone on his path toward the Gold. 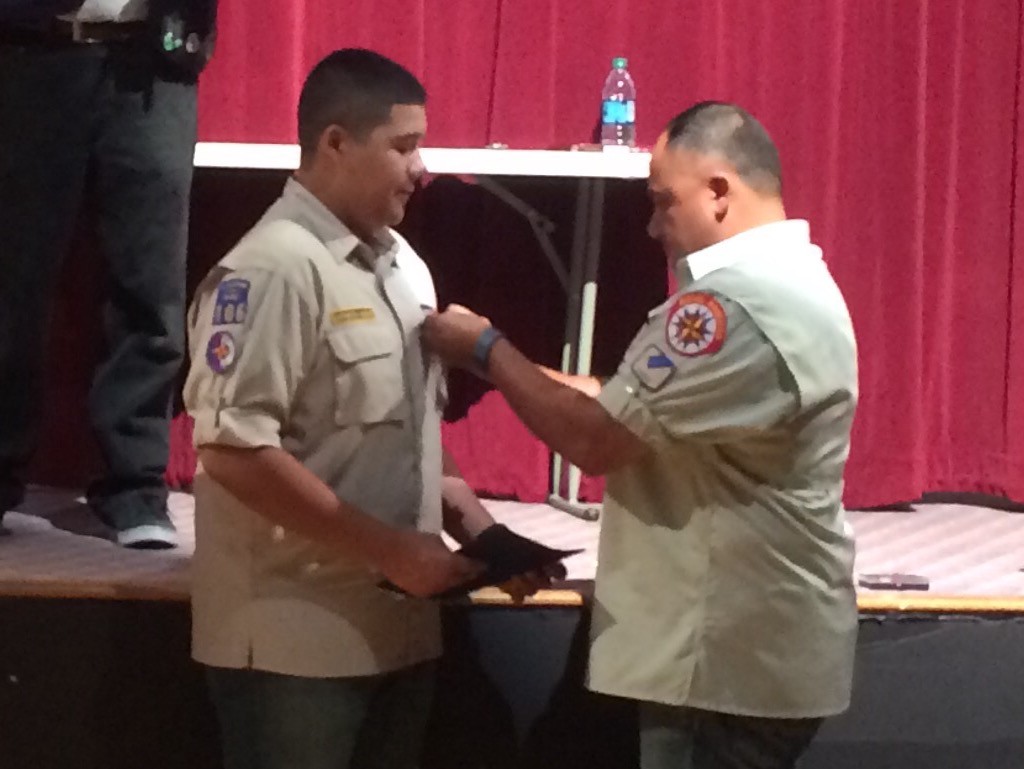 Dominic’s determination and perseverance in the face of difficulty enabled him to find solutions to the problems that arose and helped him to keep his promise, reach his goal, and be a blessing.

How are you determining to be a Dominic in 2016? Share your thoughts with us in the comment section.

As itinerating missionaries, we know travel. We’ve put over 40,000 miles on our car. We’ve stayed in homes and hotels. We’ve eaten in restaurants from Niagra Falls to the Gulf shores of Texas. But this last weekend, my boys and I experienced travel of a different kind: Royal Ranger Pow Wow 2010: Knights for Christ.

Pow Wow meant travel to Rocky Mount Royal Ranger Camp in central Missouri. It meant sleeping in tents, and eating in the open air. It meant BB guns, and tomahawk throwing, and non-stop action from early in the morning until late at night.

I took a few pictures of the event that I thought you might enjoy. Take a look, and relive with us a change of pace for this itinerating missionary family:

We had a pretty organized campsite. The guys had certainly done this before!

Instructions were given, and obedience was expected.

Mornings came early. Roll call was at 6:45 on Friday.

What is a Royal Ranger camp without BB guns? Tomahawks and knife throwing were also a…

When we weren’t in the activities we were doing what we could to stay dry. Here we d…

The theme for the camp was Knights for Christ, and every knight needs his sword. It …

This is a photo of the entire army, prepared for battle!

Of course, not all of the time was spent fighting, there were calmer moments as well …

The real war came at the end of the weekend. Laundry time!


Reading this via text email or RSS feed? Are the captions showing? If not, check out the pictures here:
https://www.disciplemexico.org/?p=1331