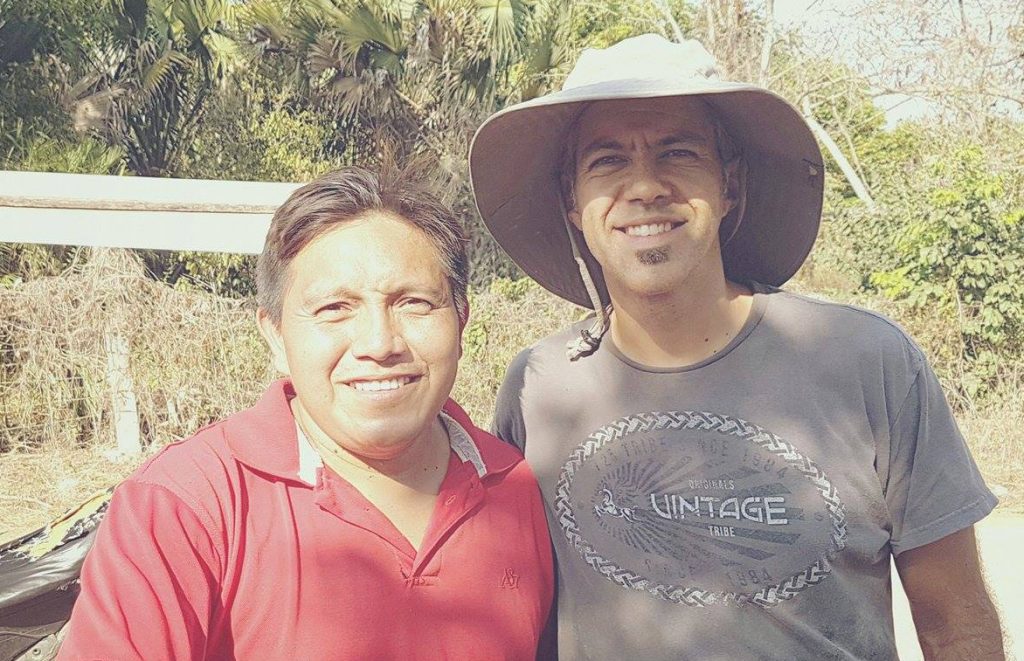 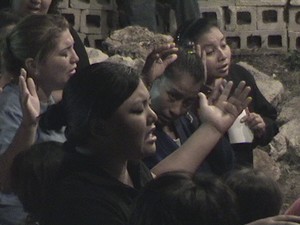 It started with a blown radiator and a whole lot of improvising. It ended with dozens having committed their lives to the Lord. That, in a nutshell, was the result of our evangelistic campaign in Tekax, Yucatán.

On Friday January 23rd, I had the opportunity to take 17 students from Bethel Bible Institute to the town of Tekax, which lies some two hours away from our city of Mérida, to hold a two-day evangelistic campaign. The campaign was the culmination of a four week training that we had held for the members of “Templo Emanuel,” where Romeo Calvo is pastor. The goal was to start a small group in the neighborhood of San Juan de Dios at the site of what had once been a catholic chapel.

On the day of the event, we left just about a half hour late, which, here in the Yucatán, is no small feat. Little did we know, however, that the real delay waited only a few miles down the road. At mile 16, I noticed one of our students pulling to the side of the road. When we stopped, I asked what was the matter. Lifting the hood showed the obvious problem. The cap of the water tank had been left off, and all of the water had spilled out. The result was a severely over-heated engine, a big mechanic bill, and a delayed start to our campaign. After a bit of traffic direction around the stalled truck, and a two-hour wait for a replacement, we were back at it again, finally arriving at Tekax with enough time to scramble to put things in place

At the site, basically a street in the middle of a poor neighborhood, we busied ourselves grabbing electric from a nearby house for our lights and sound and starting as soon as we were able in order to keep the crowd that had already gathered. Fortunately, the quick thinking of students and the preparation of the host church paid off. Not only did the people stay, they responded! After the songs, the dramas, and the message was over, students dispersed through the crowd to pray. Several decisions were collected that night. I personally got a chance to pray with three people who had decided that night to follow Jesus. Still, that was only the beginning.

We arose the next day to a hearty breakfast, ready to serve the people’s needs. From 10 AM until 2 PM, we had a team helping with dental hygiene, another giving haircuts, a nurse giving health examinations, and a team fitting people for glasses. On top of that, the church had gathered clothing to give away. All the while we were serving, we were inviting the people to attend the closing service, and attend they did.

In the final event, we had over 100 kids and several adults. The kids laughed, played, and sang with the students and church members while all stayed attentive for the dramas, and the closing remarks. One drama, the Auction, pulled no punches as it spoke of the life that many of the inhabitants of that neighborhood were living–a life full of alcohol, drugs, and despair. As the call was made, we found that we didn’t need to go out to them, they came to us! The children responded first and then the adults. Many came forward to repent of their past lives as whole families wept together. It was an amazing sight! As I greeted the pastor and gave him the 15 decision cards that I had received from other students, he pulled out a stack of his own, possibly up to 40 in all had made a commitment in the two-day event.

The wonderful news is that the event itself was just the beginning. There is now a small group meeting at the site of the campaign. Discipleship materials from John Hall, “Start-up Studies” in Spanish are being utilized to help these new believers experience the eternal life that they now possess, and church members are being utilized to help them along their journey. It is our prayer that not only those 40 will be affected, but that a whole neighborhood will be changed because of this intense effort.

The road is difficult though. Tekax, although ready to receive the truth, is ripe to be deceived by falsehood as well. Signs of false teachings were evident, and cults seem to be gaining ground among the spiritually hungry. Still, we are encouraged by this first step, and we are confident that the results will remain and grow.