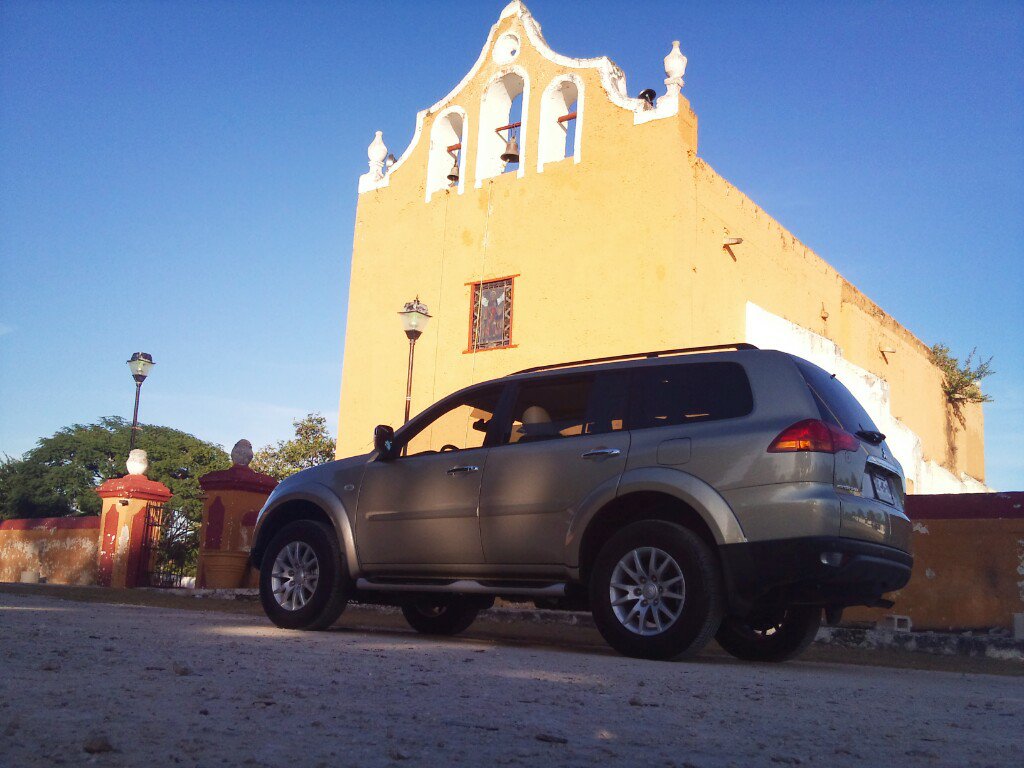 On January first, instead of being in bed recouping from the events of the night before, we hopped in the STL vehicle and headed to Tunkas, where we had expected to go a few days before, for the laying of the first stone of the mission being planted by Pastor Eucebio Pech. I had been invited to preach the service by Manuel Diaz, the Regional Presbyter.

It was, in fact an opportunity that I had almost missed. I had been invited previously to preach this same service on the 25th of December, Christmas Day, but as we had already decided to spend that day at home as a family, I had had to say no. Fortunately, the calendars had been confused, and, when the confusion had been cleared, a way was made for me to participate. 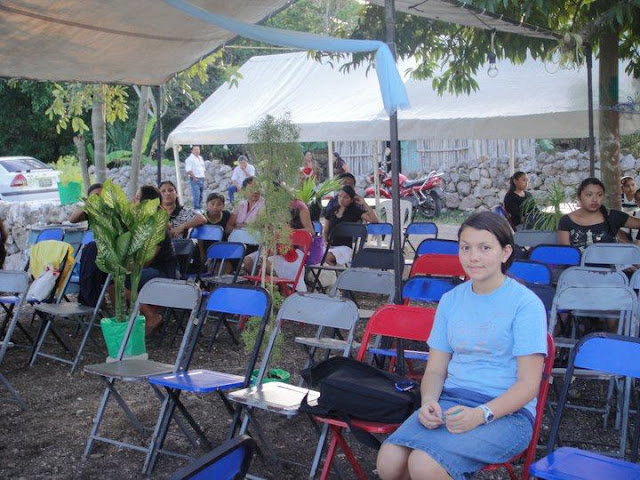 This was the first time that we had ever attended a “stone-laying” service in this our 4th year of experience here in the Yucatán. In this case, all four missions overseen by Pastor Eucebio were present for the event. On the lot, where there had been not much more than a pile of rocks, there were now chairs and a tarp under which the groups assembled. Also there was a table on which was set a glass box. In the glass box was a Bible, a hymnal, a scroll, and a series of peso coins. 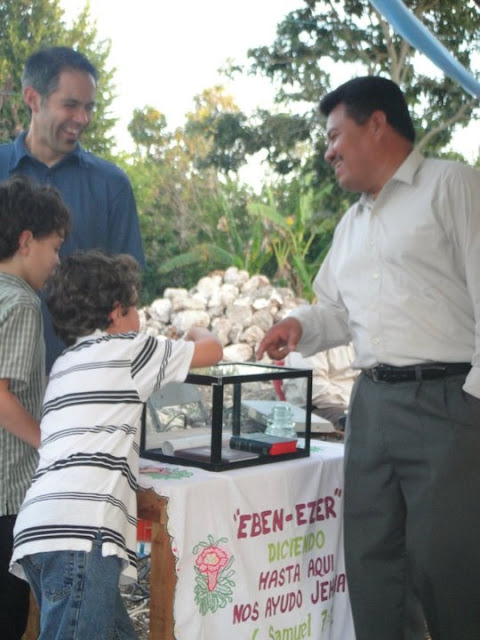 I asked Manuel about the box. He explained to me that the box would be set into the actual foundation of the church, where a cement vault had been prepared to receive it. The items in the box were symbolic: the Bible signified the beliefs upon which the church is founded, the hymnal signified the praise and adoration of that would be soon lifted up in that building, while the coins signified the prosperity that the believers hoped would be a part of its developing story. The scroll contained all of the names of the founding members of the church.

We sang, I preached on Psalm 121, a pilgrim’s song, about the journey upon which the church was embarking, and scriptures were read. At the end of the service, we moved to the laying of the stone. Manuel Diaz asked the members of the mission to come forward and place their hands on the box while he prayed. After the prayer was over, Pastor Eucepio and I carried the box to the vault and placed it inside. We sang as the workers present sealed the vault. Then Pastor Eucebio and Manuel Diaz placed the first stone (an actual rock) on top of the vault. 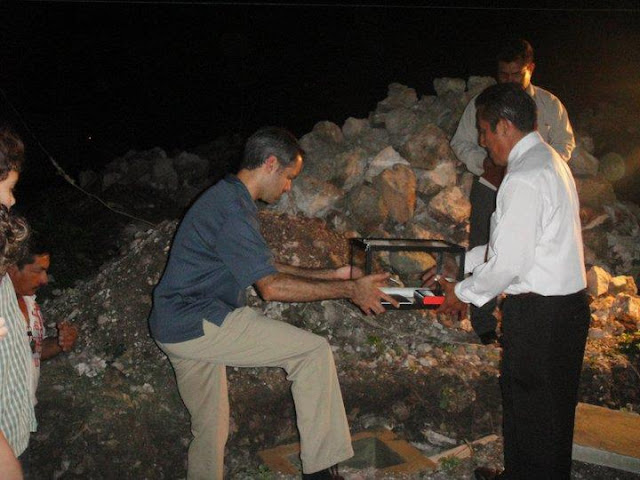 As the celebration continued into the evening, we shared a meal, greeted many who had participate with us, and tried to take in the significance of the event. It had been a great beginning. Our prayer that night was that it might be as well the beginning of something great.

Note: You can see these and other pictures of the event here: https://www.disciplemexico.org/gallery?album=LayingTheFirstStone_DiscipleMexico