You are currently browsing the archive for the Mexico category.

The “easy” way to Mérida 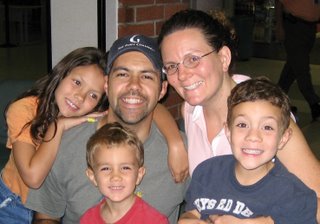 Monday morning early, and I mean early, the kids and I arrived at the Springfield-Branson Regional airport to board a plane that would take us first to Atlanta, then to Mérida, Yucatan, Mexico. Everything went smoothly, albeit slowly with 3 young kids, through scanners and checkpoints, with each one carrying their own carry-on luggage

When we got to Atlanta, they led us down the steps from the plane to what seemed to be an employee entrance below and then we took an elevator which brought us to the main portion of the terminal. After learning that our connecting flight was in a different wing . . . surprise, surprise, we made our way taking the airport mini-subway train, then walked to the correct gate in terminal E.

After settling in our seats we decided to make a trip (and it’s always a trip with kids and luggage) to the restrooms which were actually fairly close. However, just before heading off, Joseph asked where he should but a piece of trash, and I pointed to a trash can a mere 5 feet away, directly in front of us. Not thinking anything of it, I turned to deal with Jonathan and getting his backpack on, etc. and lifted my head to address Joseph to do the same, but he was nowhere to be seen! Panic immediately set it and I started calling for him and moving toward the main hallway looking toward the bathrooms in case he had decided to head in that direction. But no Joseph. I turned back toward the kids asking them if they knew where he went when a Yucatecan lady pointed the opposite direction. There he was, at a TRASHCAN that was totally obscured behind a column – throwing away his scrap of of paper! His look showed complete oblivity (is that a word?) and mine some kind of mixture of anger and relief. Let’s just say he got a firm talking to . . .

To continue, we boarded the 2nd plane which was less than half full, or nearly empty, however you would like to view it, and caught a few minutes of zzzzzzzs here and there, between overtired kids and bathroom breaks and snack time on the plane, during about 2 hours of travel time. At the airport in Mérida, we got through the line at immigration and proceeded to the luggage area where our action packers (incredible, versatile pieces of luggage) and car seats were waiting on the turnstile for us. The guys that help with luggage loaded them up to move them about 20 feet to customs where there were 3 ladies doing the luggage checks. They asked me if all this luggage was mine and, after confirming that question, I was asked to push a button on a mini traffic light of sorts to see whether I would get the random “green” all clear to pass right on through or the “red” where they would have to look through all the luggage. We got red. It actually only took 10 or 15 minutes at most to do that and we were greeted by veteran missionaries Paul and Sandy Kazim, who took the kids to get something to drink during this process. Thanks Uncle Paul! Thanks Aunt Sandy! (Side note: missionary kids call other missionary adults “aunt” and “uncle”)

So, here we are. Everyone is safe and hopefully rested this morning as I write this. Thank you, Lord, for Your hand of protection and favor. Thank you also to those who have been praying and continue to pray as the Daves continue their journey on the roads of Mexico.

1. If the Boarder Patrol follows you for two miles seeing if two guys from Missouri really are pulling personal items into Mexico.

2. If you see a green beetle taxi that looks like it still is in service.

The two Dave’s made it to the boarder tonight! We saw Kelly and the kids off at Springfield Regional and then headed out ourselves, logging over 800 miles before we made it to our room in Laredo,TX, just a few short miles from Mexico. Now, after 2 hours of sleep in the last 2 days, it’s time to go to bed.

The Road to Merida: Preparations

We are now in the final preparations for the journey to Mérida. Six of us, Kelly the kids and I along with Kelly’s dad, Dave Yaple, drove on Thursday through the night from Erie, PA in our Speed the Light vehicle (pictured above) to make it to Springfield, MO. From here, Kelly and the kids are going to be flying in front of tropical storm Ernesto to the Yucatan on Monday at 6:45 AM and Dave and I will be traveling over the roads through Mexico.

What remains is the packing. We need to unpack from our time in Costa Rica, and repack to fit our worldly belongings into 8 action packers and what can fit in the back of our Ford Expedition. When all is finished, we’ll send the action packers along with Kelly, while the Daves take the rest of the items for the 6 day journey. Keep coming back as we attempt to keep you up to date with each phase of the trip.

The Journey to Mexico Via Narrowband

I know that I finished my last short post with a more later promise, but circumstances precluded a rapid expansion of  the details of the journey, as we have found ourselves bouncing from home base to home base without a broadband Internet connection.  This post is an attempt at correcting this shortfall.  Forgive the low-tech listing nature of this update, but the frustrations of dealing with dail-up access can sap the creative and literary juices: 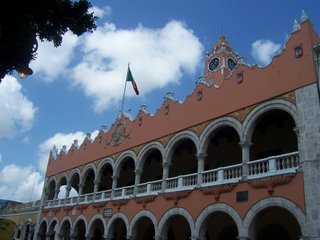 We’d like to say thank you to all who had been praying for us as we travelled to Mexico for our meeting with the general presbytry there. Here are some things that did not happen:

Here are some things that did happen:

We now are facing the task of packing up our apartment here in Costa Rica in order to prepare for our August 13th departure. Please continue to remember us as we go through this time of transition.

On our way to Mexico! 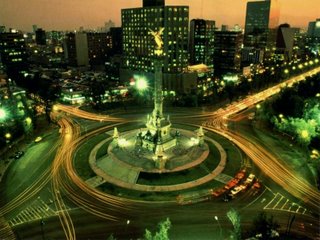 As many of you read this post, we will be preparing for our first taste of Mexico this weekend as we prepare for our meeting with the national church leadership there in Mexico City. Please pray for the following:

Tomorrow, July 2nd, is the date for the Mexican presidencial elections, and as it is in America, the political structure can change tremendously with the election of a new administration. This new administration will be the administration under which we enter the country, apply for residency, live, and work during the remainder of our first term. Please pray that: 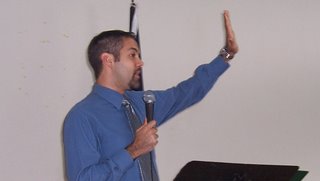 In order to keep a license to preach with the Assemblies of God, a minister needs to preach at least 10 times within a year’s time. Now while that wasn’t a challenge in the states where we preached over 150 times in the course of our itineration, we’ve had a more difficult time fulfilling that requirement here in Costa Rica, especially since we had to learn to preach in Spanish in order to secure a preaching date.

We’ll I’m happy to report that I got back on track in fulfilling my licensing requirements as I preached my first sermon in Spanish today before the professors and students of CINCEL. The sermon was on John 15, the passage in which Jesus talks about abiding in the vine. It is available here, for those of you who would like to read it in Spanish.

It’s hard to describe the significance that this event has for our lives. During our commissioning service, we were given a Spanish Bible with the admonishment to preach the Word in the language of the people to whom we have been called. I remember opening that Bible in the days after and finding it difficult to even understand a few words. Now to be able to not only read, but share the Word of God in Spanish is something of a dream come true. We are amazed at how far God has taken us, and reflecting on His faithfulness has increased our faith in God’s plan to use us to reach the people of Mexico.

If you’ve gotten a chance to look at our About Us page, you know that we are headed to Merida, Yucatan, Mexico, which is the gateway to some of the Maya people’s most popular cultural sites.

Well, I was going through the aggregator at missionary-blogs.com, when I came upon something that just couldn’t wait to be shared. It seems as though a piece of American Culture emanating out of the city of Atlanta Georgia has been so wholeheartedly embraced that it has now become part of a religious ritual.

This Mayan Coke Ritual explained in this video blog shows Coca Cola being used as a sort of “holy water” during a Maya ceremony. Finding this a bit hard to swallow (pun intended) I did a bit more searching, and found this Newsweek article on this same phenomenon. I guess that this is an example of globalization at its finest and a glimpse into the Maya mentality.

Again, here is the Maya Coke Ritual Video at cotrillcompass.com
and here is the Newsweek article

Friends, we ask that you would pray

As I am typing this, Hurricane Wilma is tearing up the eastern coast of the Yucatan peninsula. Friends and family, we ask that you would pray. Pray for those affected by this storm. Pray for their health, their welfare, and most of all, for their souls.